Our little group continues to practice colonial gaming with The Men Who Would be Kings (TMWWBK) ruleset published by Osprey and written by Daniel Mersey.

In this scenario the Imperial objective was to teach a chap named Sihayo a lesson as to where his loyalties should be. As one of Cetshwayo's allies who had the misfortune of being located close to the Natal border Sihayo became an easy target for Chelmsford to gain an easy victory during the early days of the first invasion.

Our scenario was taken from Victoria's Battles, The Zulu War and scaled somewhat to TMWWBK.

(It should be noted that what is reported below was from our second game. Our first attempt did not have any kind of play balance and so I reduced the number of Zulu units to what you see above and modified the terrain to more soft cover.)

The disparity in numbers was offset by the fact that the terrain was dominated by a large plateau hill that gave soft cover to the majority of Zulu units and hard cover to one of the firearm units. It proved to be a very hard nut to crack even in our second attempt at a game.

The Imperial player deployed the NNC units on the left and the 4 British infantry on the right. The plan appeared to be to isolate as much of the hill as possible and work units around the flanks.

The fact that the hill was all soft cover took away the long range effectiveness of the British firepower. The Zulu player also used fieldcraft to allow his units to go to ground which further handicapped the Martini-Henry's of the British troops.

Having said that at some point the Zulu's had to try and close to win. Most were deployed on the hill and as the Imperial forces got closer so did the opportunity to charge become possible. One of the first units to do so fell well short of closing and paid the price but two others savaged two British units, the disaffected Zulu unit and one of the NNC units. The Zulu player was fortunate to get the cards in his favor.

But the Zulu player ran out of units to hold the hill and that allowed the Imperial forces to close in on the kraals. The Imperial player stated he would "settle for a siege" as his assault power had been greatly diminished. Since I prefer the word "simulation" to "game" I gave the Imperial's an eventual win since the units inside the kraals had to stay there or face destruction.

The Imperial player ever gracious noted that the loss of two British units would have caused "quite the row at home" and that would have meant a Zulu win. I was inclined to agree and thought it was a satisfying end to our simulation.

A grand time was had by all and that's the main thing. The pictures below will give some idea of the terrain and action.

Posted by Bruce Roeder at 11:17 AM No comments:

Some fine work by my friend MS.

We are working on DBA armies for the Macedonian and Punic Wars. MS favors the Greek types. 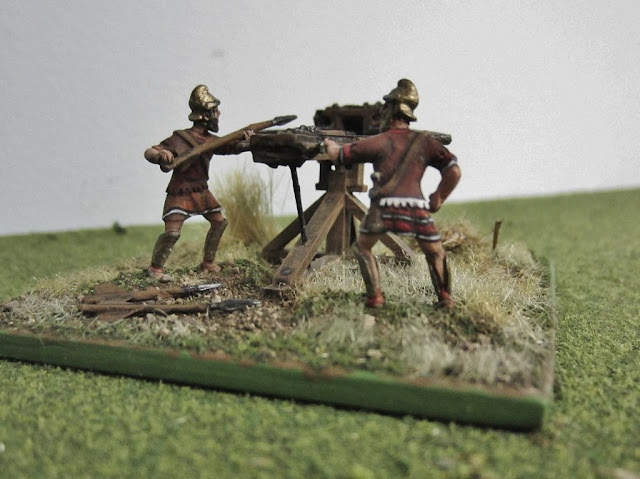 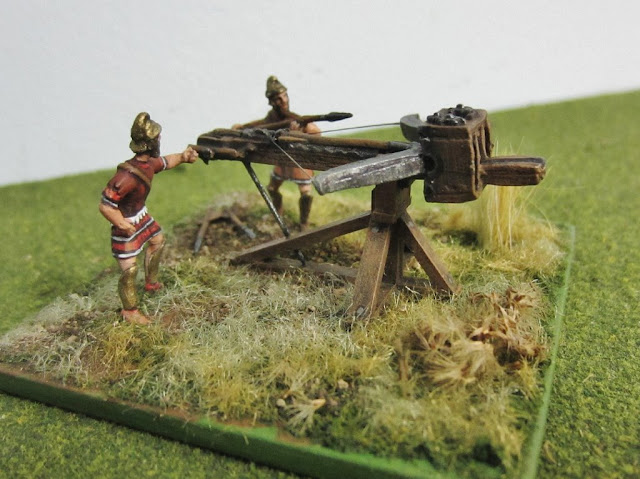 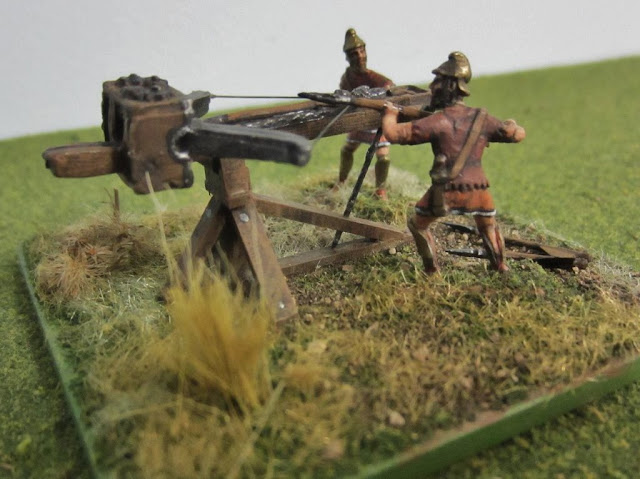 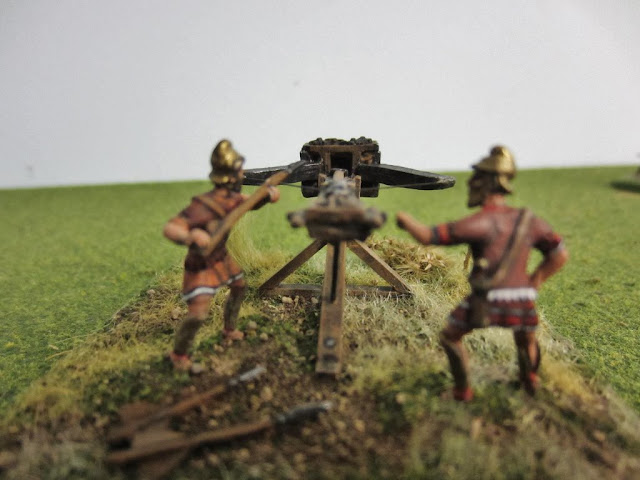 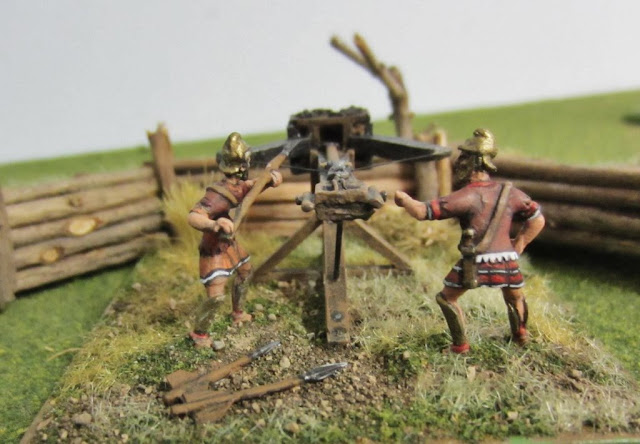 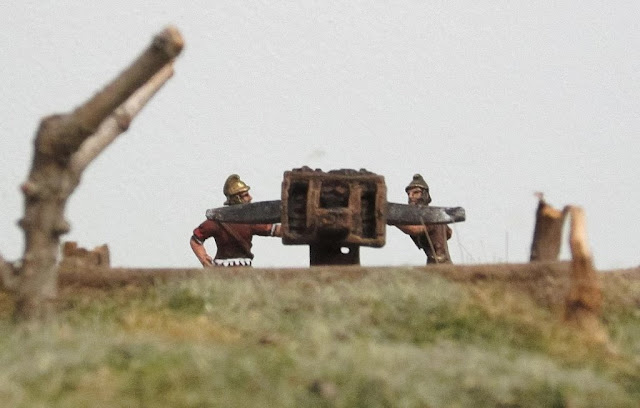 Posted by Bruce Roeder at 11:41 AM No comments: