One of the things I enjoy about miniature wargames is the research involved in doing a period. For me, the history matters and so do the details surrounding the armies and units involved. It's especially fun to research a unique unit and paint them up for a uniform geek like me.

The scale we primarily work in is 1\72. In millimeters that translates roughly into 20-25mm depending on how you measure and the manufacturer of the models.

I searched far and wide for specific models of Butler's Rangers finding what I needed at bandbminiatures in the UK.

My Iroquois Confederacy collection is built around the excellent Italeri figures that are available as well as a dozen in metal (20mm) from Newline in the UK. In this post I've chosen to feature the Newline Miniatures from my Iroquois collection.

Butler's Rangers was a unit of Tory Loyalists raised primarily in New York. It's been said that as many as 1\3 of population supported King George  in the American War for Independence. Approximately, another third were Rebels or Patriots depending on your point of view. Still another 1\3 appear to be pragmatic about the whole thing, ether wanting to be left alone or being content with whomever emerged as the victor. Whatever the case, the war had much in common with a Civil War and the conflict as a whole is often thought of as such.

The Crown had good relationships with the Iroquois that dated back to the French and Indian War when various bands of Mohawks and others supported the British against the far more numerous tribes that supported the French.

This was largely due to the influence of William Johnson. Johnson is a fascinating character in his own right. He not only managed to get along with the Iroquois (especially the Mohawks) and establish a bit of fiefdom in upstate Nw York but also managed to father over 100 children by some accounts. Even if the number is exaggerated it is true a number of Mohawk women gave birth to Johnson's children.

Molly Brant was one of Johnson's wives and probably a favorite. Her younger brother Joseph Brant (Thayendanegea) would emerge as the most significant native leader during in War for Independence. Brant and his Mohawks would prove to be loyal allies of Butler's Rangers for the entire war.

John Butler was an associate of William Johnson. Their relationship dated back to the French and Indian War. Later Butler worked under Johnson who was Superintendent of Indian Affairs. Butler, like Johnson was on excellent terms with the Iroquois and served as a defecto war leader of them prior to him raising his own regiment of Loyalists.

This all came about during Burgoyne's disastrous Saratoga Campaign.

Butler and his Mohawks and a few of Johnson's Royal Greens (another Loyalist outfit) were part of Barry St. Leger's command. St Leger's command was to take Fort Stanwix. This is ultimately failed to do but in the short term settled in for a siege.

During the siege it became known that a large force of Patriot militia was marching to the relief of the fort. Brant and his Mohawks plus the Royal Greens, some of Butler's Loyalists and even a few German Jaegers ambushed the militia at the Battle of Oriskany.

The initial attack was a remarkable success but many of the militia rallied under the leadership of Nicholas Herkimer (who later died of his wounds). The militia who rallied were largely surrounded and fought off the ambushers until a thunderstorm broke off the combat. The Iroquois who made up most of the British force took huge casualties agains the trapped militia. This would have consequences for events later in the campaign.

Because of his service Butler received permission to raise his own regiment and Butler's Rangers were born.

It was a matter of great concern that Britain decided to use Native Americans against the revolting colonists. There was an outcry even in Parliament itself with many realizing that no matter what it would be hard to control Native American's whose style of warfare and captive taking was contrary to what Europeans thought proper. The Continental Congress protested as well but in the end it served the Patriots\Rebels by providing great propaganda.

After Saratoga there would not be another major campaign coming from Canada to subdue the colonies. Instead, units like the Royal Greens, Butler's Rangers and their Mohawk\Iroquis allies would send raiders and terrorize wherever they could; thus tying down militia that could be useful elsewhere.

It was during this time that Butler's Rangers received the nick name "Butler's Baby Killers." The name came in the aftermath of the Cherry Valley Massacre an expedition led by Walter Butler. Butler and Joseph Brant were powerless to stop the rampaging Seneca's from killing women and children. The massacre prompted George  Washington to send Continental Regiments to suppress and drive out the Iroquois which they succeeded in doing by 1779.

The campaign to drive out the Iroquois did little to mitigate the savagery of frontier warfare in which both sides played a part. After the war the rangers were located to Ontario where their descenandats live to this day. A unit of Canadian Army can trace it's lineage to Butler's Rangers.

I wanted to take a few posed pictures of Butler's Rangers and their Mohawk allies. Below you will see some of the best pictures that I took with my iPhone. 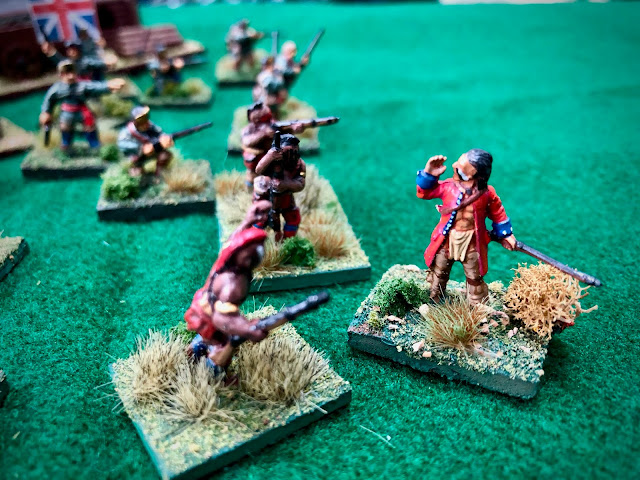 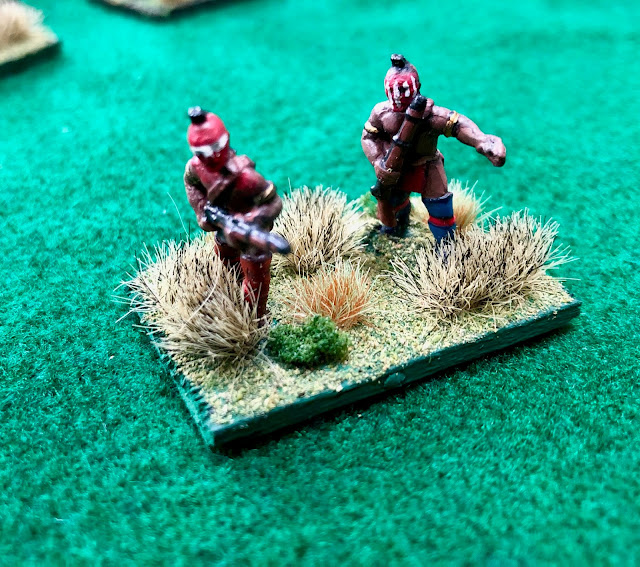 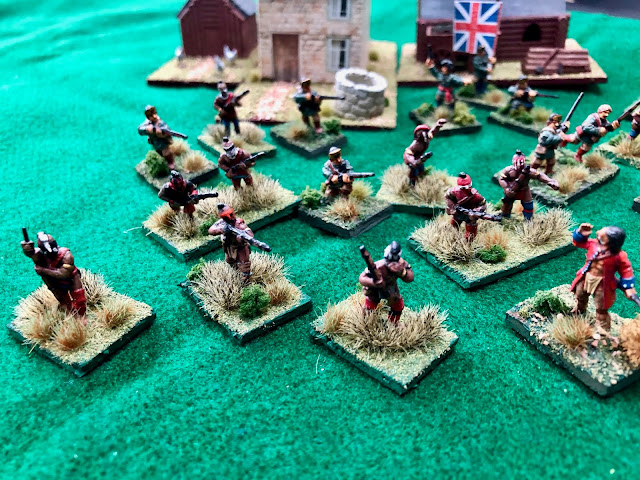 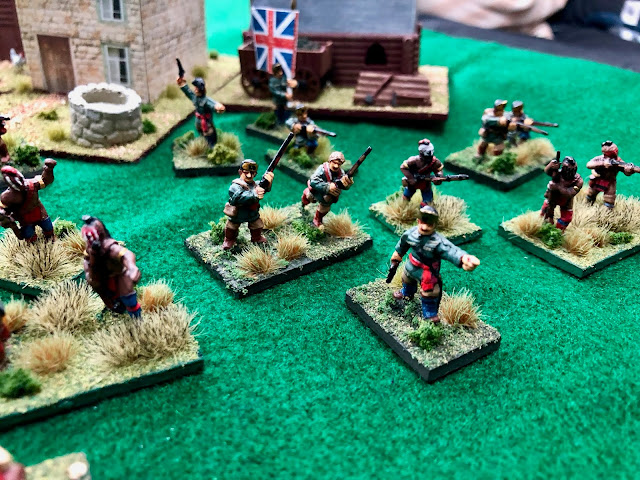 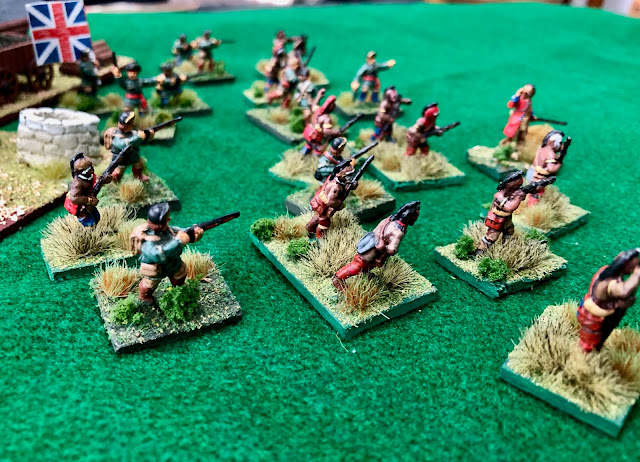 Classic Airfix Painted Over 40 Years Ago.


This post is a tribute to my friend Jim Z. All the Patriot\Rebels were painted and converted by him over 40 years ago. When I decided to do Rebels and Patriots he donated his collection. Jim and I first started doing the American War for Independence in 1975 in order to game it in the Bicentennial year 1976. It's special to do it once again and get to use the old figures.

I painted the Loyalist opposition.

Not an actual game-just some posed pics from my 4' by 4'. The Patriots\Rebels are all old classic Airfix painted (with some conversions) over 40 years ago. They have been preserved with a gloss lacquer and have held up well. The Redcoats are Irregular Miniatures. Butler's Rangers are from BandBMiniatures. Most of the Indians are Italeri but one unit is Newline. 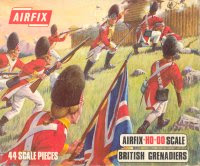 Recently, I ran a game based on the new rules, Rebels and Patriots by Michael Leck and Daniel Mersey.

The rules cover small scale warfare in North America from the time of the French and Indian War to the end of the American Civil War. Having played numerous games with The Men Who Would Be Kings I expected similarities in the gaming mechanisms used and they were.

There are enough differences however that required me to run an experimental game to make sure I got the rules right. After all, similar does not mean same.

I selected their first suggested scenario as my test. The scenario pitted two equal point value forces against each other for the control of a small ridge. In that scenario there is very little terrain and as a result it's a bit easier to get your mind around what the author's intended.

The Loyalist\Native force was built around Butler's Rangers (12 figs) as Light Infantry, Johnson's Royal Greens (6 figs) as Skirmishers, a small unit of Loyalist militia (6 figs), 2 war bands (12 figs each) of Mohawks and two war bands of natives (18 figs each) from the Iroquois Confederacy.

The Rebel\Patriots consisted of the 2nd New Hampshire Continentals as Light Infantry (18 figs), 4 militia units of 12 figs each and one unit (6 figs) of Skirmisher sharpshooter riflemen.

Somehow I got all the point values to add up to 24. (One of the strengths of the rules is that each category of troop type can have as many as 6 modifications to the basic modifications.)

I set up the units and told the players they could deploy them one at a time in any way they saw fit. Their goal was to take and hold the control point on the ridge in the middle of the table. I walked them through the rules to explain the differences from TMWWBK.

I took each turn slowly in an effort to get the rules right as the author's intended instead of making up house rules before we knew the basic rules.

The pictures from my iPhone are so-so and I had little time to pose shots and get a true feel for the action.

The Loyalist\Native commander decided to try a double envelopment of the ridge by using the numerous bands of natives. The Loyalist units would take the ridge and hold it. The best unit on the Loyalist side was the Butler's Rangers and they were positioned dead center.

The Rebel\Patriot commander also deployed his best unit, the 2nd New Hampshire dead center. Each flank consisted of two units of militia and his left flank held the deadly rifle skirmish unit with a range of 24".

Butler's Rangers  and the Royal Greens took the control point early on virtually uncontested. They were held there by the 2nd New Hampshire with both sides content to trade fire (for now).

The right flank native units had a difficult time passing an activation test and thus could not co-operate with the two Mohawk units advancing on the Loyalist left. The Mohawks, who did not have cover (not that it would have mattered) took immediate causalities from the rifle unit. In the rules light infantry and skirmish infantry always count "open ground" for their targets-hence the Mohawks could not hide even if they wanted to.

The Loyalist commander wanted to close with the natives because they had a significant advantage in melee.

The native units could never get it together for a combined unit attack. The militia on both flanks could and did and so shot the native units to pieces long before they could get close enough to use their tomahawks to any affect. One unit got to within 3" of a militia unit before it was routed.

In the meantime as the 2nd New Hampshire faced off against Butler's Rangers the Loyalists lost the skirmisher Johnson Royal Greens to the deadly rifles and their small unit of unenthusiastic Loyalist militia.

The 2nd New Hampshire did not attempt to close with the uphill Butler's Rangers. The Loyalist\Native force was totally destroyed except for the rangers.. The rangers would have been easily surrounded so the Loyalist commander called it a day.

The game was 24 points per side but the result was as lop-sided as it could be. The Rebel\Patriots lost only two figures to the Loyalist\Natives who lost virtually everything.

Below are some of the better pictures that I took during the action.

It's important to note that almost the entire Rebel\Patriot force was painted more than 40 years ago. The figures are all Airfix from the George Washington's Army set with many conversions. The one exception is 12 figures from the Revell\Accurate set and they were painted by me recently.

It was special to be able to use the old figures for this period.