Loyalist Legion for the AWI

I've been way behind with the blog but here are some pictures from a fairly recent Rebels and Patriots game.

The basic idea behind the game was a Loyalist force (Tories) have been returning from a raid in New Jersey. A Patriot force of militia has been tasked with stopping them.

The Patriots won a narrow victory as the Tories could not break through. The key fighting took place around the farmstead.

Some of the pictures were posed prior to the game.

In September of 2019 my wife and I traveled to South Carolina to visit her sister. While there we took in some Civil War sites which included  Fort Sumter. On the way home we stopped in Kentucky to visit the largest Civil War battlefield in the state, Perryville.

I plan to discuss the visit to Perryville along with the excellent book that I purchased and then read about the battle on my other blog. The book is Kenneth W. Noe's,  Perryville-The Grand Havoc of Battle. I also purchased from the visitor center at Perryville, Stuart W. Sandler's, Maney's Confederate Brigade at the Battle of Perryville.

Sandler's book is a in-depth study of one Confederate brigade at the Battle of Perryville. It's a Civil War nerd's dream of detail and research crammed into 170 pages or so. It's especially valuable to the war-gamer who wishes to focus on a single brigade's contributions in a particular battle.

I tried to reproduce the effect of the terrain on my 4' by 4' game board. The rules we used were Rebels and Patriots. To reproduce the actions of a little more than a brigade on a side in a small space I had to fudge the scale while using the rules pretty much as is.

In this game a unit represented a regiment. As you can see from the OB all infantry units had either 18 figures or 12 figures. The rules feature units for 6 figure units but I didn't include any. I also use two gun models for a battery for looks purposes, It does not have any effect on a gun's profile meaning two models fire as one gun. It seemed to work fine.

I gave each side officers that improved discipline within 12". I did not use the honor system in the rules.

Close order and first fire were eliminated from the game since the battle was well in progress by the time Maney's brigade reached this point the action. Range was also restricted to 6" for close 12" for long. The artillery had a 24" range. Part of the reason for this is the side of the game board but the other reason is the broken ground of North America.

Civil War re-enactors often do "impressions" of a real person. This is my impression of the role Maney's Brigade played in the battle. It is not exact-only an impression and it was a lot of fun.

Only the discipline modifiers were used from the unit profiles.

In my scenario the focus was on Maney's brigade which faced elements from at least two Union brigades. The OB represents elements from those two brigades.

Maney's Brigade came very close to being the instrument that nearly rolled up an entire Union Corps. At this point in the battle some Union regiments were already tired and falling back. The discipline factor above reflects those units. Some Union regiments could not move until a certain turn was reached (activated). In another case Stone's Battery would have to withdraw if certain Union regiments were routed. This was unknown to the Confederate player. The 15th and 38th TN from Stewart's Brigade must align with Maney's brigade and must attempt to pace them. In addition to that they could stray farther than 12" from the board edge on which they placed. These fog of war rules for the scenario. 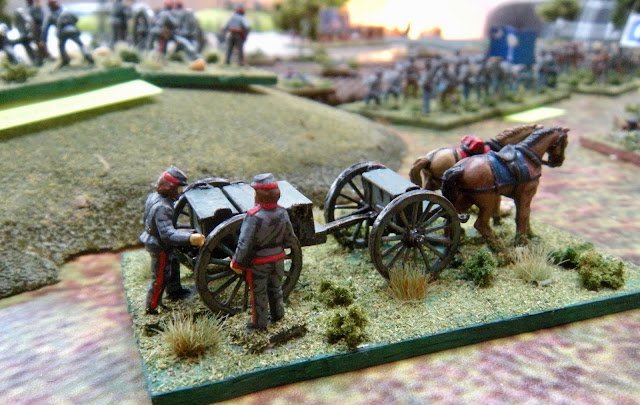 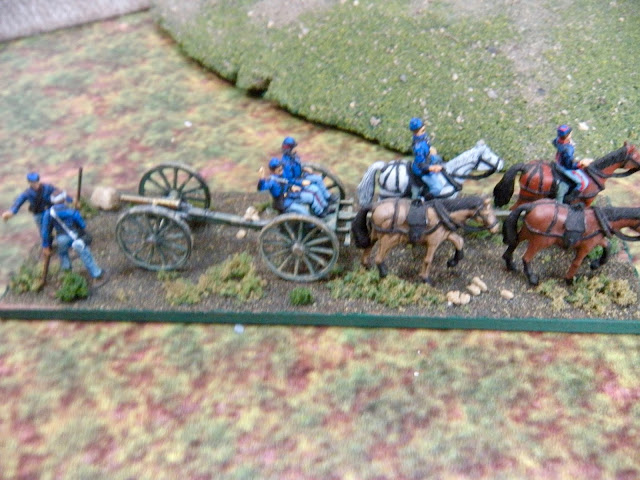 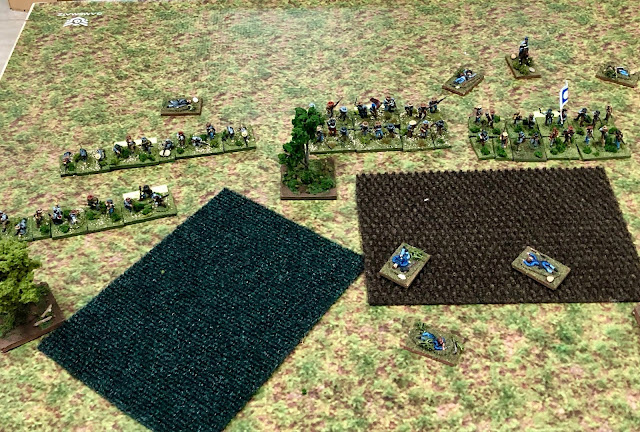 I was very well pleased with this game.