The Battle of Bushy Run (1763) took place in western Pennsylvania during Pontiac's War. A British expedition that consisted primarily of Scots Highlanders was ambushed by a coalition of numerous native American tribes. The Highlanders prevailed after a spirited bayonet charge.

My interest in modeling the period dates back twenty years. The idea at the time was to create a diorama of the battle with 28mm wargame figures. I did not make much progress. Many years later with the help of a friend we built two French and Indian War armies in 25-28mm. It revived by interest in Pontiac's War and the Battle of Bushy Run.

The occasion for the pictures below was me finishing my fourth war band of Indian warriors. I added one of the units of my Highlanders to create a scene from the battle. 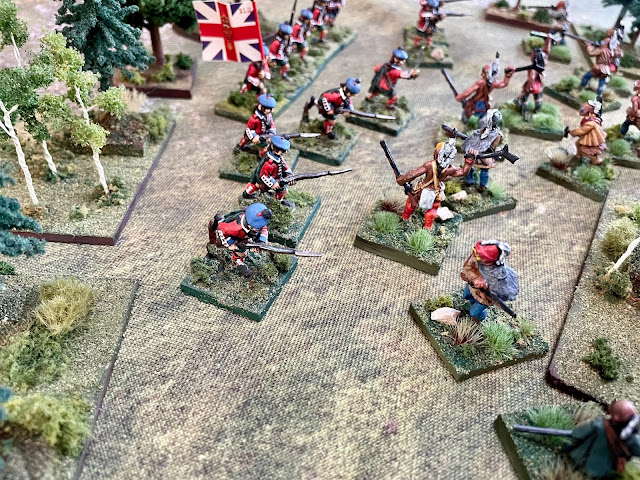 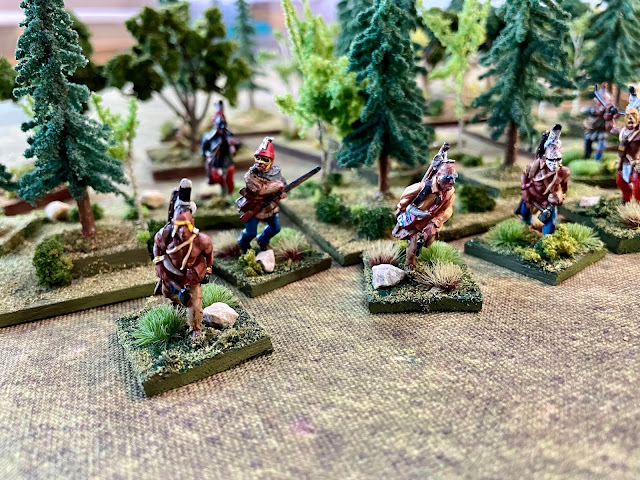 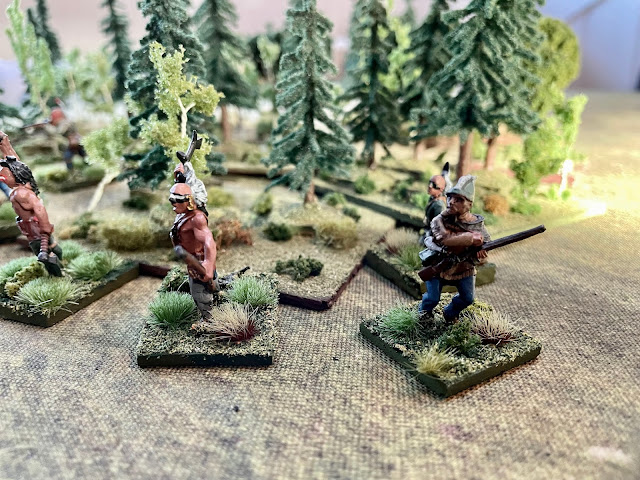 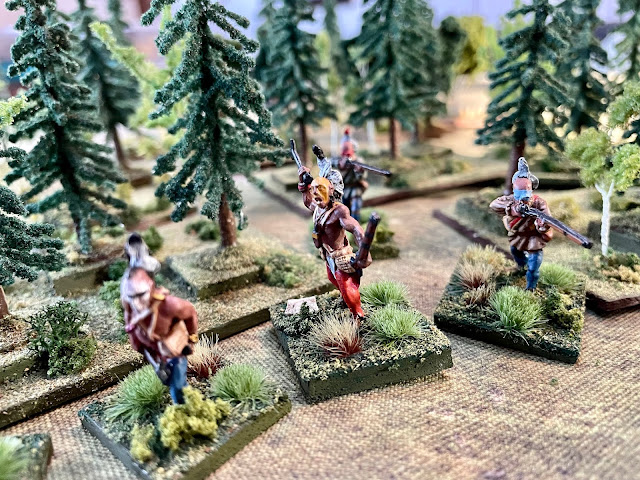 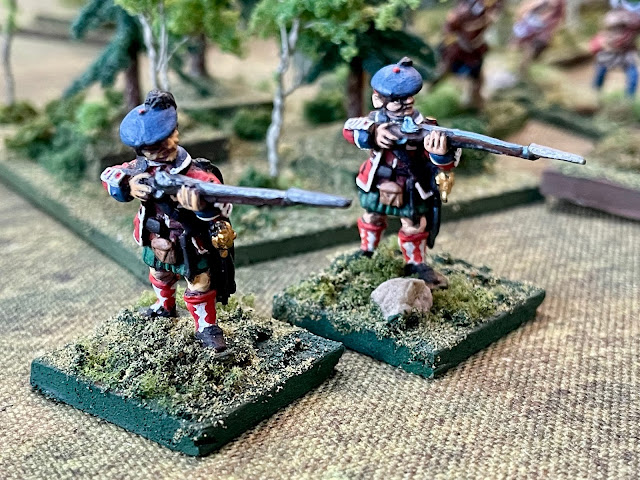 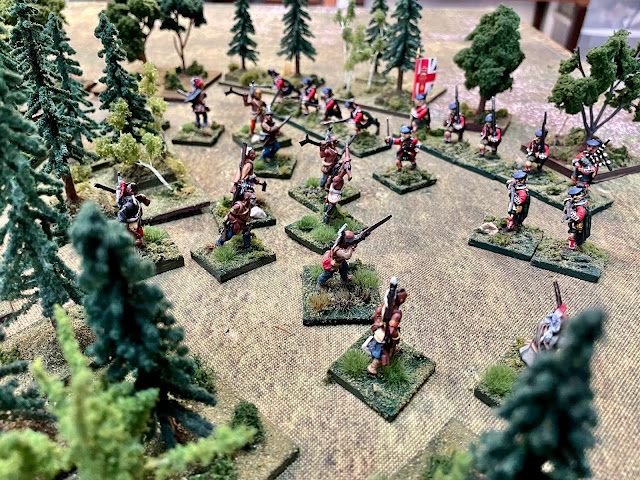 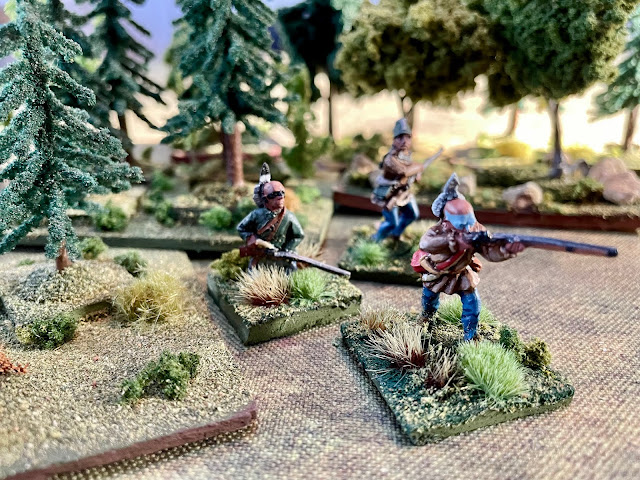 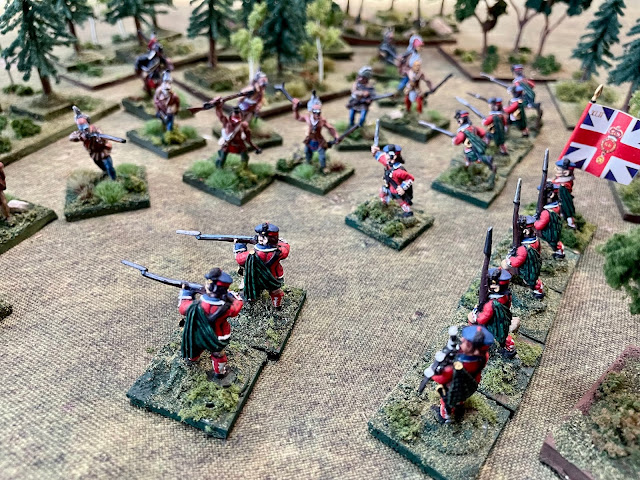 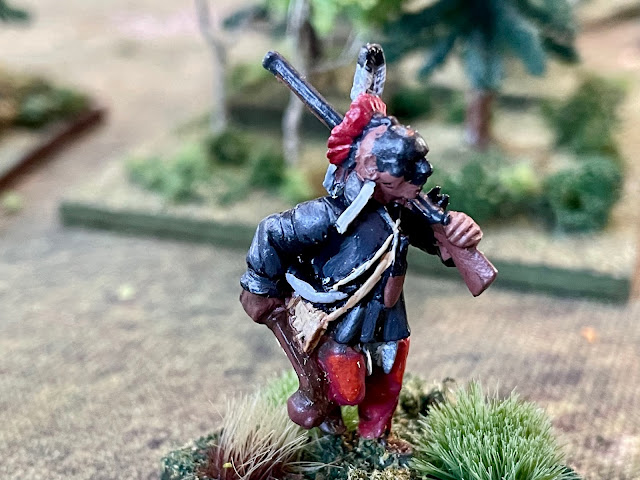 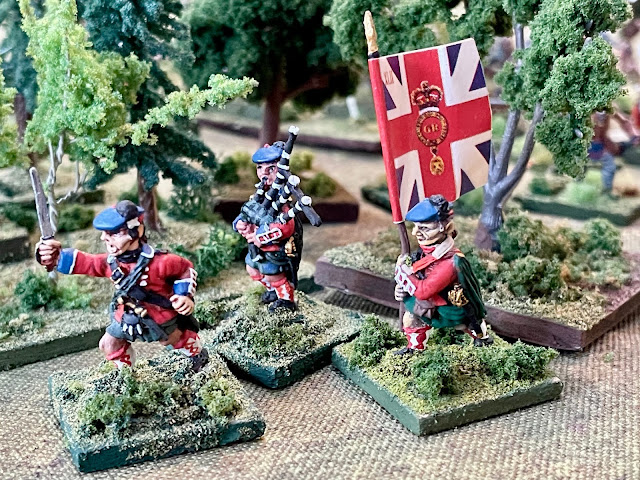 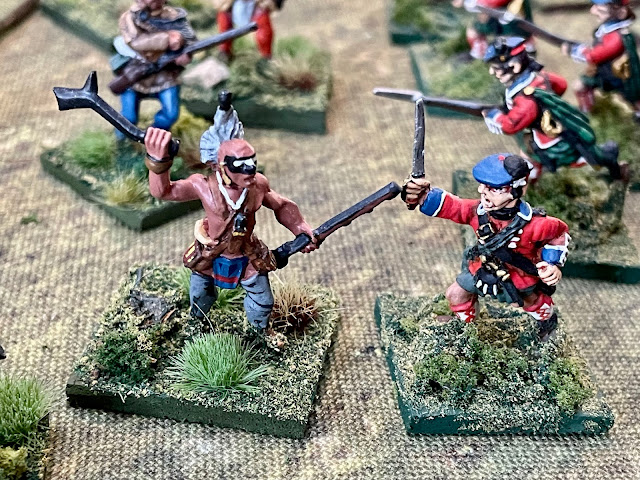 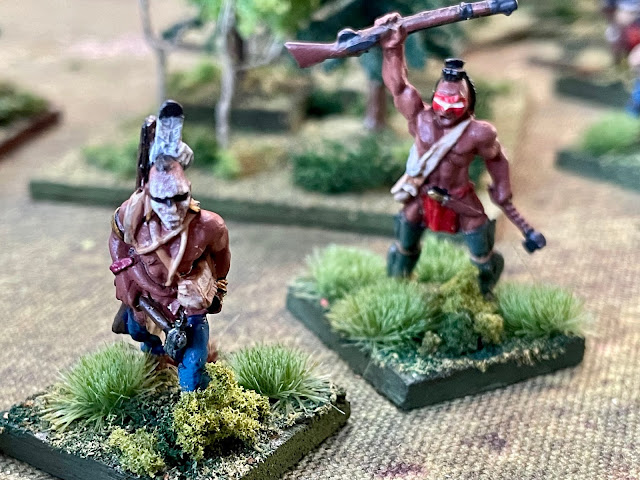 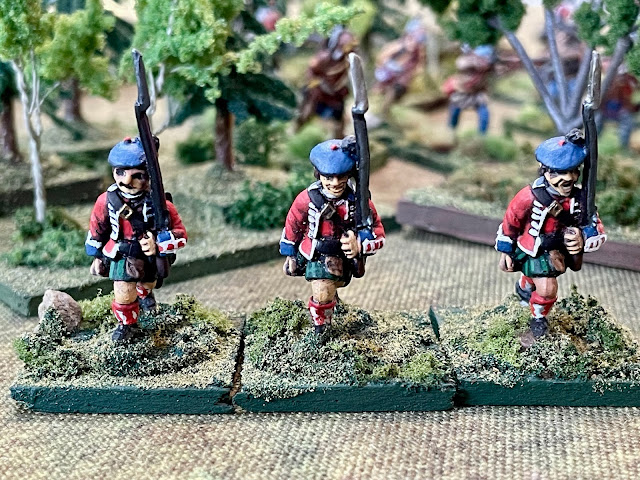 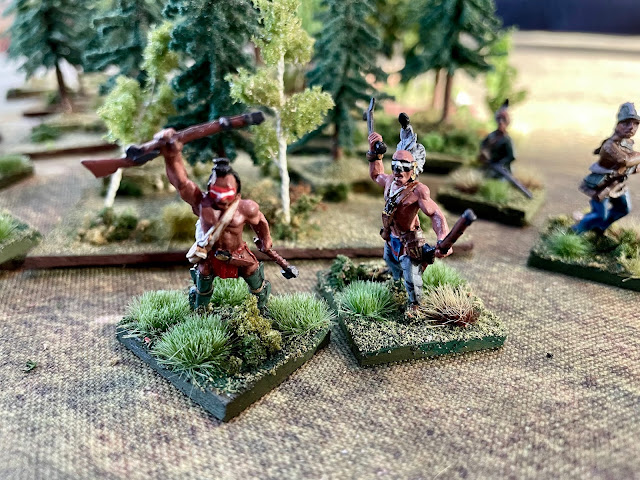 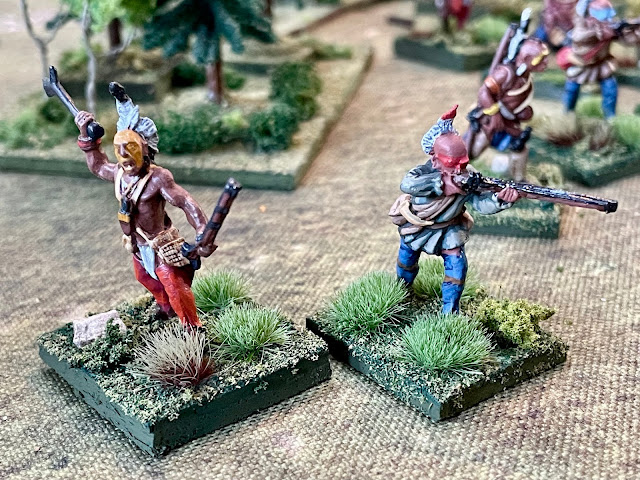 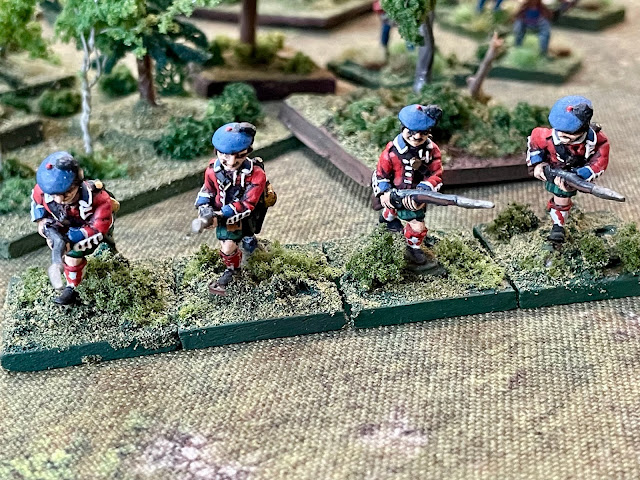 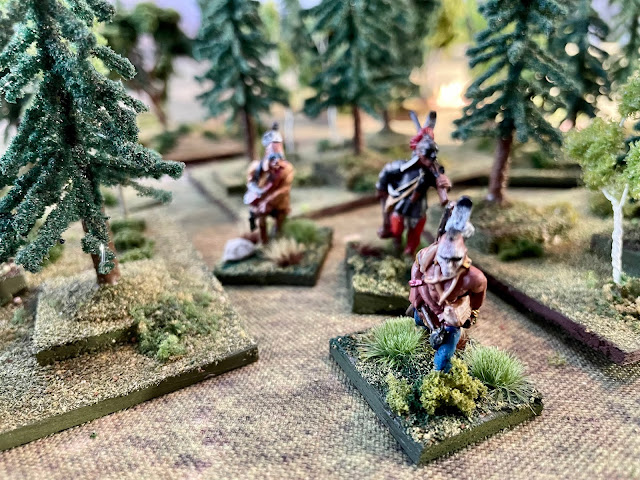