Scruby figures in 20-25mm scale were meant to be compatible with Airfix and although crude by today's standards they were popular. Since I have a bit of nostalgia in me I decided to rebuild part of my lost collections with Jack Scruby figures since I value the old "toy soldier" look they possess.

I found that most Scruby figures are still available through Historifigs.com, an outfit in my home state of Wisconsin.

Below are pictures of what I have thus far for my AWI collection.

The Germans from the Principality of Brunswick Wolfenbuttel. Almost 6000 soldiers were supplied for the campaign. Few returned to the their native land.

The collection is organized around the Osprey Rules, Rebels and Patriots. 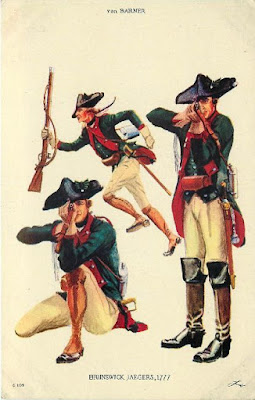 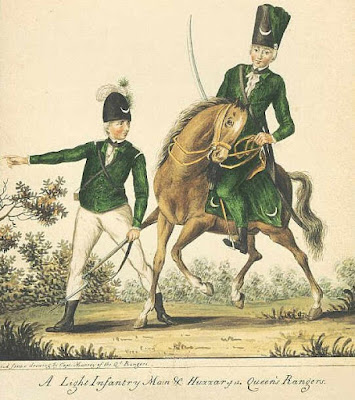 This is the second post where my friend Jim and I have tried a set of World War One rules titled Trial By Fire.

The set is homegrown and really is a composite using mechanisms from other sets. It's written by a Turkish gentleman and is rather comprehensive; yet simple once you get the hang of it.

Although the emphasis seems to have an Ottoman flavor the rules are suitable for any combination of armies and enemies. The rules were published back in 2016 on Blogger (link above) and my only complaint is that the author has not added anything to what I think is a fine set of rules that are playable.

The rules are flexible with scale, as the author does provide a supplement for those who like a skirmish feel to games and those who like Division\Corps level games. Our preference is Battalion\Regiment and that seems to be the author's preference as well.

For this game we chose Palestine 1917. The armies pictures are newly painted and organized. As a second game test I was curious how a frontal assault on a semi-prepared position would work out.

I'll try to tell the story with the pictures below but first here is the scenario description and OB.

An Indian Battalion reinforced by a British\Australian Support group has seized a small rail station that has interrupted the Turkish line of supply to a town down the road.

The Turks have responded with local forces in an attempt to drive the Commonwealth forces away.

Off board Hv Art with limited ammo; (Available on a roll of 1-3)

Minor Victory takes the high ground to the flank of the station in an attempt to encircle.

Posted by Bruce Roeder at 11:48 AM No comments: