The following pictures are from the first battle of a campaign based on the old AH board game Anzio.

In this scenario the Herman Goering Panzer Division pushed back elements of British and American AB units with heavy losses.

Figures and models by MS and JZ. 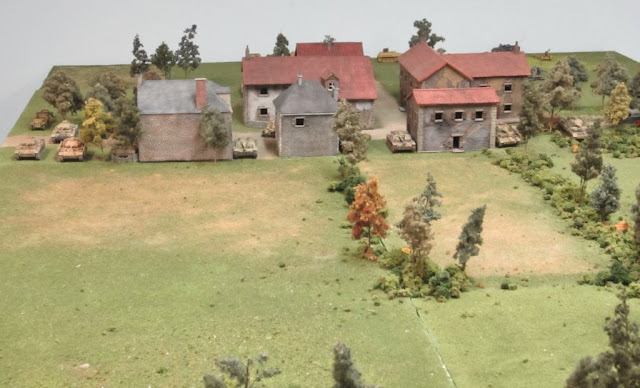 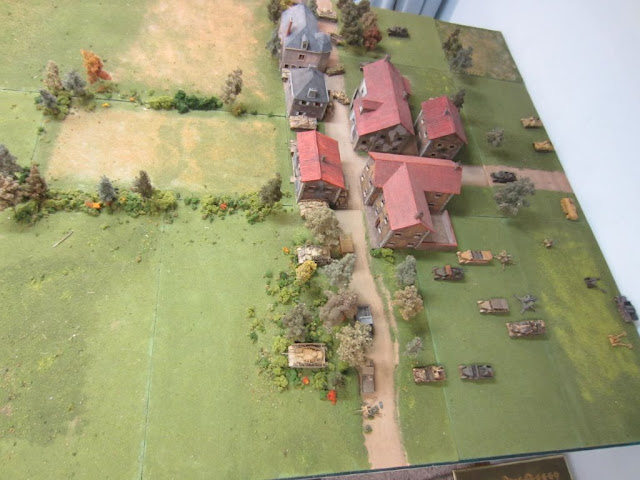 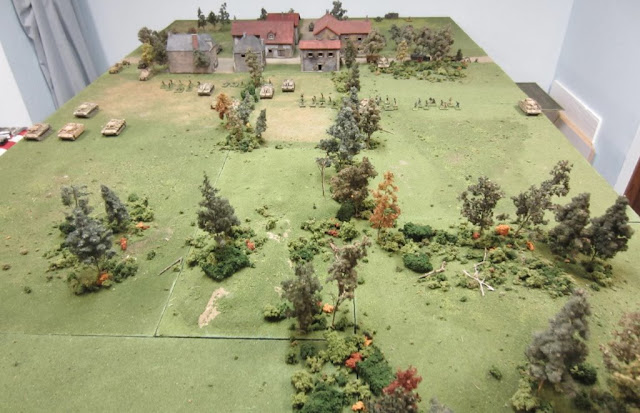 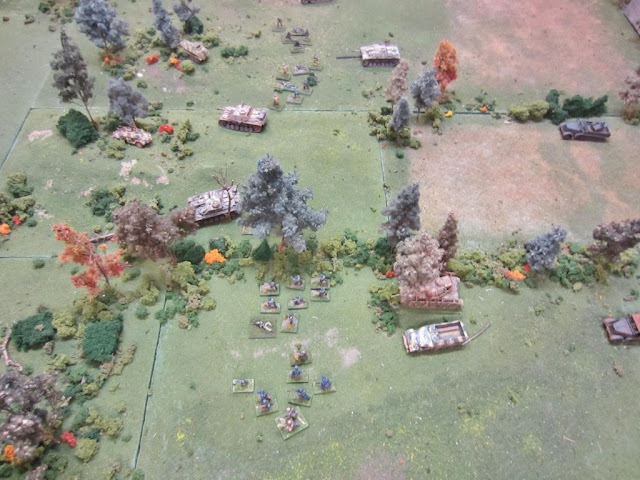 March or Die and the Khalifa's Guards

A couple of colonial gaming units for The Men Who Would Be Kings rules.

Email ThisBlogThis!Share to TwitterShare to FacebookShare to Pinterest
Labels: Colonials

Last week our little group did a colonial game using The Men Who Would Be Kings rules from Osprey.

The game was an experiment since our only experience with colonial games was roughly 30 years when I tried a few games using The Sword and the Flame.

When I reentered the world of historical wargaming my interest in colonial gaming was rekindled and I began to paint up both sides for the Zulu War of 1879. A short time later my friend JZ began to paint some up as well and before long we had enough to try a game.

We use mostly 1\72nd plastic figures from Italeri\Esci and HAT but I have a number of metal figures from New Line Designs and a few from RSM.

The scenario was loosely (very loosely) taken from Black Powder because I was more interested in learning the game mechanisms that I was in a finely tuned scenario.

I told the Imperial force commander that his job was to 1) assess the strength of the Zulu's defending the drift and 2) establish a force on the drift itself for a future fort.

The Zulu commander was to defend the drift and destroy the Imperial force if possible.

Both sides had some obstacles to overcome.

The Imperial forces were stacked up in a line of march along a track. The Natal Native Horse let the column followed by a company of the Natal Native Contingent. Behind them came two companies of the 13th Foot followed by the Naval Brigade contingent of Royal Marines, Royal Navy sailors from the HMS Shah, a gatling gun and 7pdr.

In The Men Who Would Be Kings most actions have to be diced for (although there are free actions as well depending on troop type). The Natal Native Horse passed their action tests famously but the NNC behind them stalled for three turns thus making deployment difficult for the rest of column.

On the other hand the left and right horns of the Zulu impi were not under direct control of the commander and their activation had to be diced for. Both horns acted prematurely thus making it difficult for the Zulu player(s) to launch a coordinated assault. The pictures will tell something of how it went.

Figures are from the collections of BR and JZ.

The below pictures were staged at a later date. 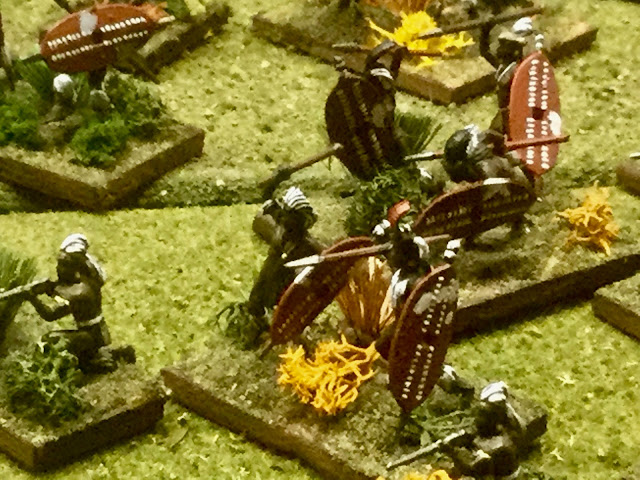 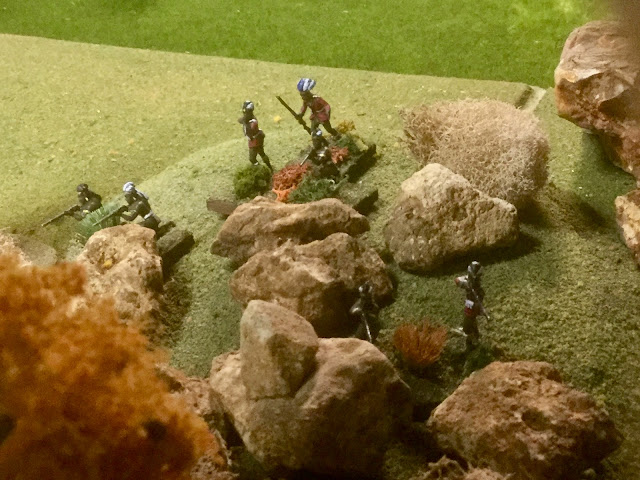 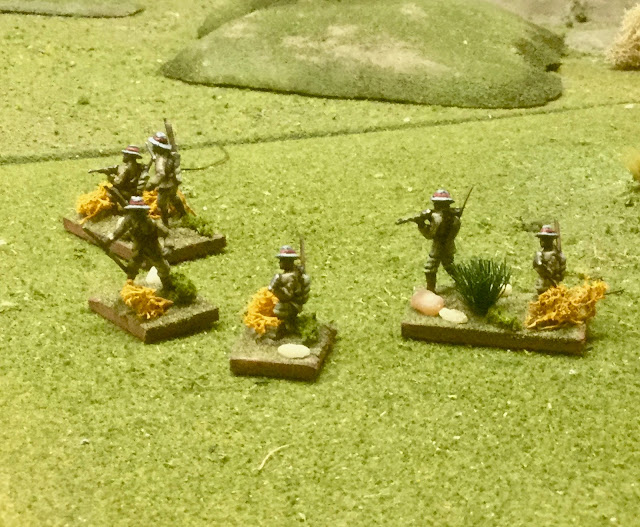 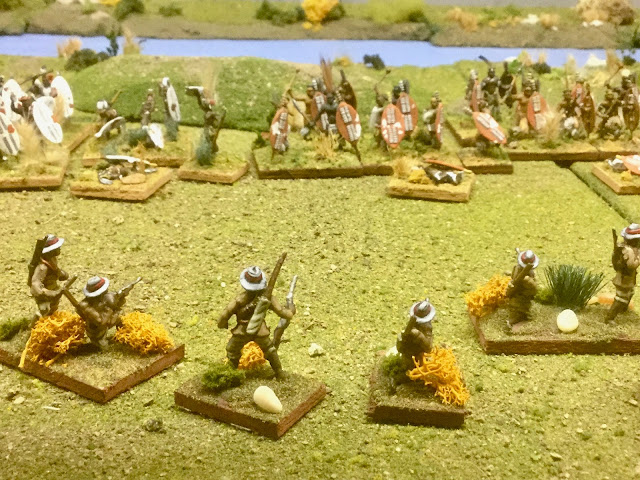 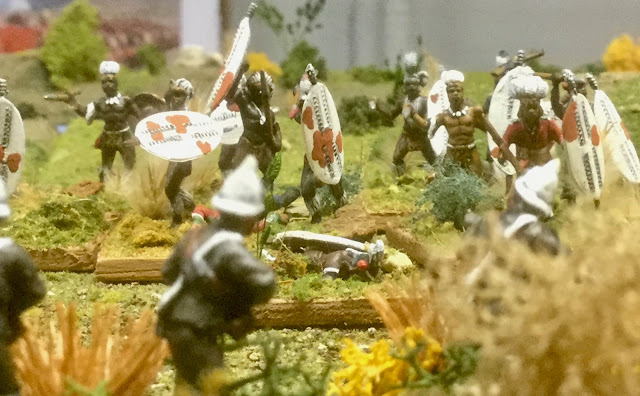 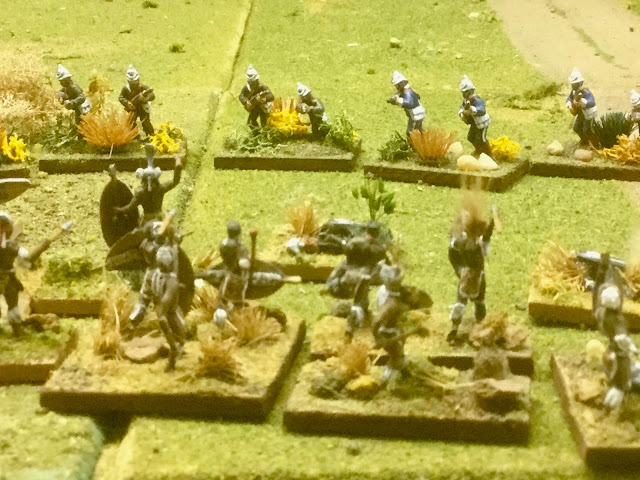 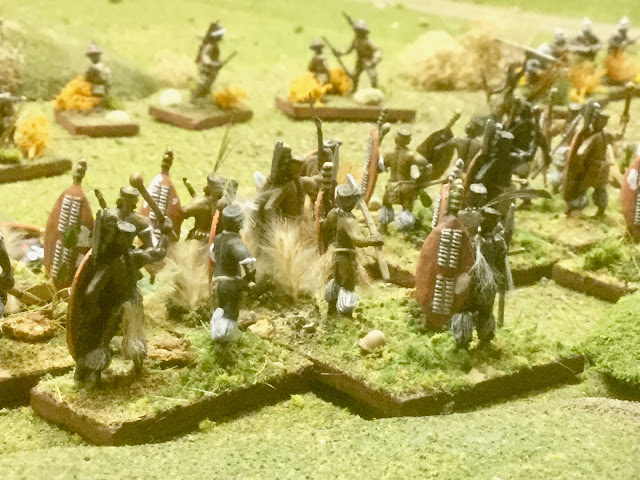 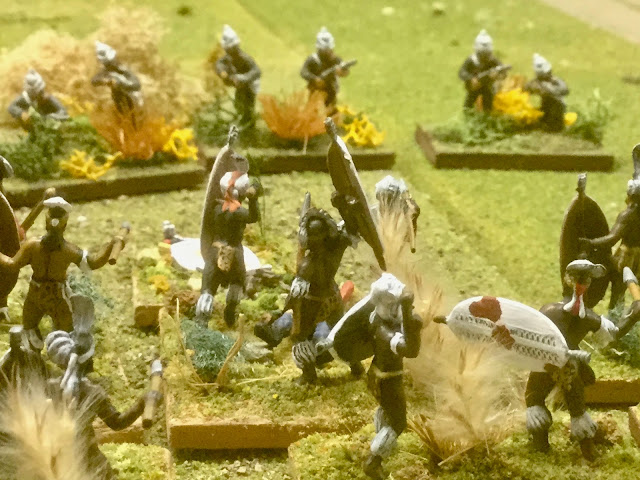 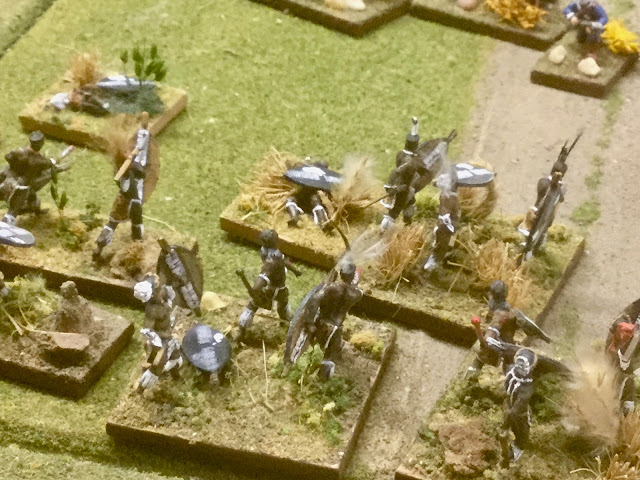 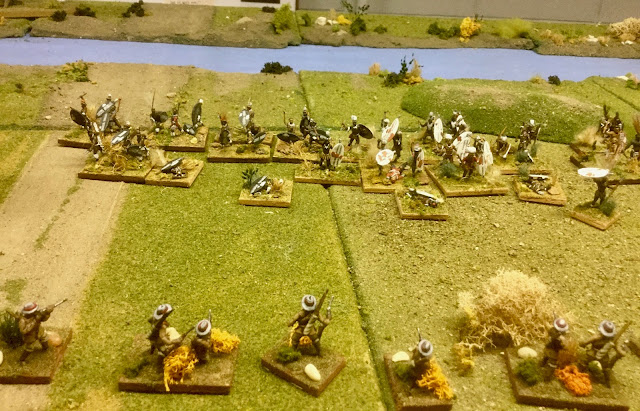 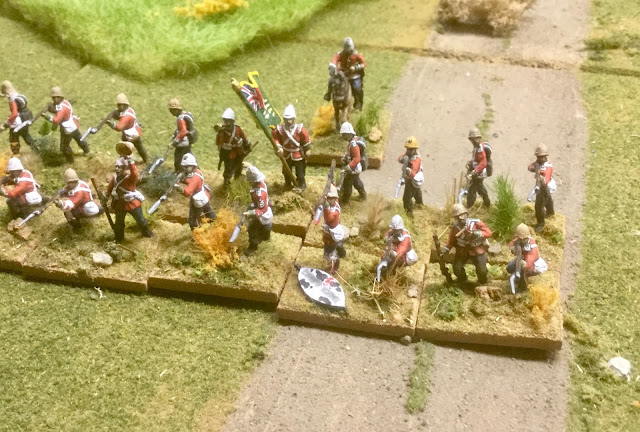 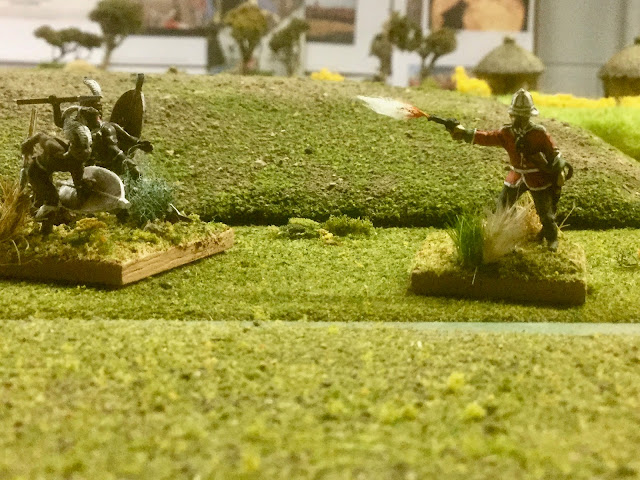