The battery is part of my ACW Hampton's Legion project. The infantry component was featured here.

I wanted to achieve an early war-militia type look for these Confederates. I read in Troani's ACW prints on militia and volunteers where South Carolina had a store of red kepis for the artillery batteries that the state raised-hence, the regulation type uniform.

Most Confederate Legions were broken up by late 1862 and assigned to larger units of the same type.

Wade Hampton would go on to command the cavalry of the Army of Northern Virginia after the death of Jeb Stuart at Yellow Tavern in 1864.

The figures are from a rare 1\72 Revell kit. 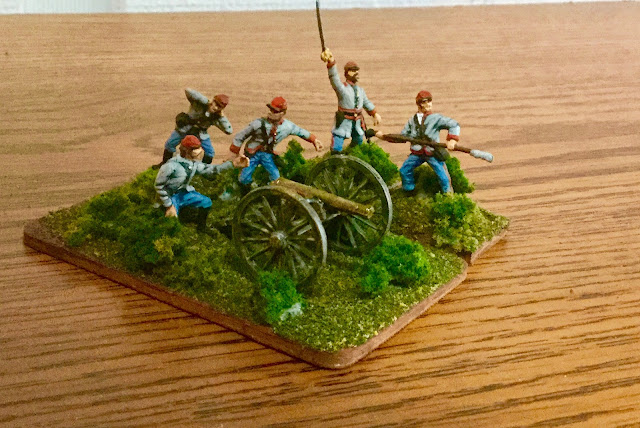 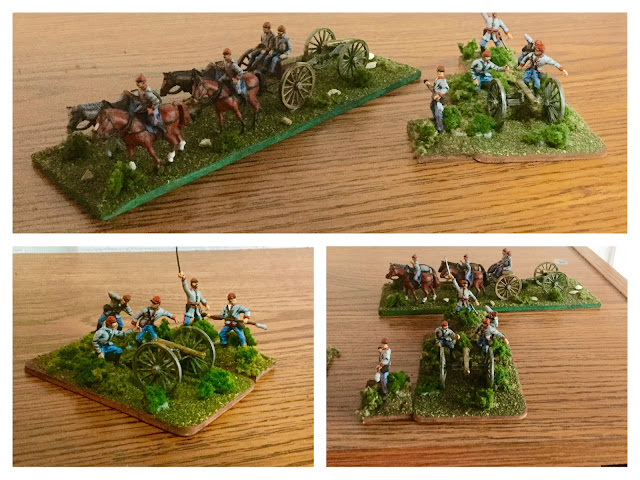 Figures from the collection of BR
Posted by Bruce Roeder at 8:38 AM