Outpost #3_The Men Who Would Be Kings


We recently were messing around with using the point system for a The Men Who Would Be King scenario. My son Justin commanded the Imperial forces while my friends Jim and Mike commanded the Fuzzies. I was the fame master but also commanded the bonus gunboat.

I do not have the detailed list my friend Jim put together. The army consisted of fierce Hadendowa Beja and numerous Ansar units. The army totaled 48 points and neither side had any mounted units.

The idea was to test play balance with the points.

The game was third in a trilogy I had planned. The Fuzzies under Osman Digna won the first two against Egyptian forces and pushed on to the canal (hypothetical) where they ran into an outpost garrisoned by the above Egyptian\Anglo force. The gunboat was supposed to be insurance that the post would not be overrun. It did not count in points.

As you can see from the pictures the outpost consisted an outer defense of zereba (a type of thorny hedge hard to penetrate). That line would be held by the Egyptian companies who had orders to fall back into the second line if things got too hot.

The second line consisted of earthworks held by a company of RMLI, the Turkish company and a Gardner gun.

A small redoubt was on the edge of the water should anyone survive long enough to take final refuge there under the guns of the gunboat.

I'll make some comments in the caption sections in the pics below. 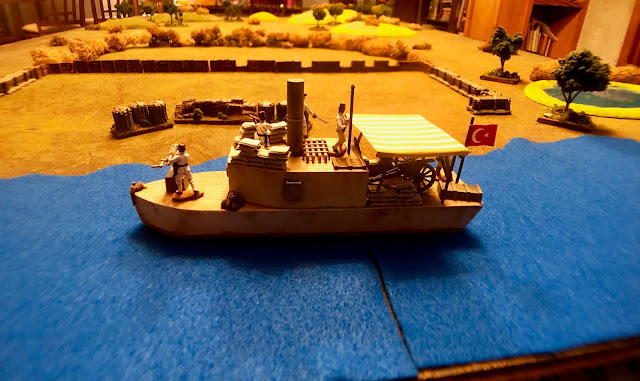 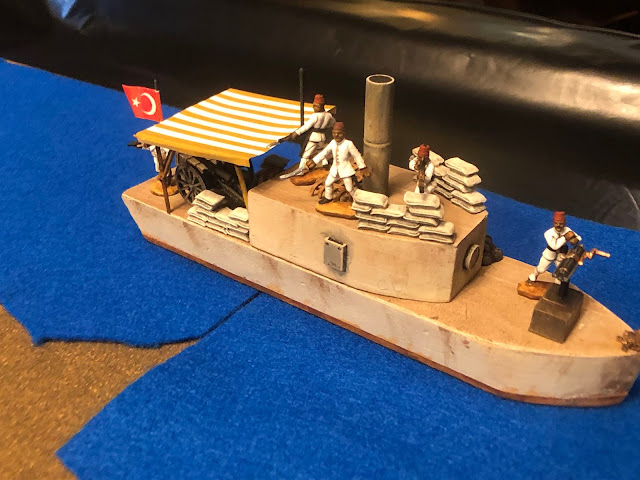 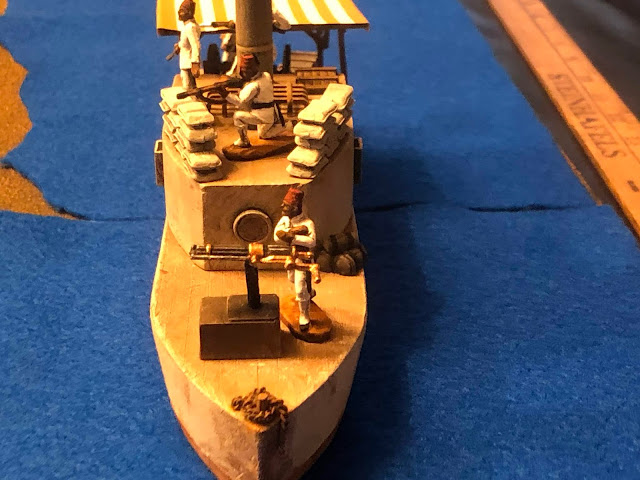 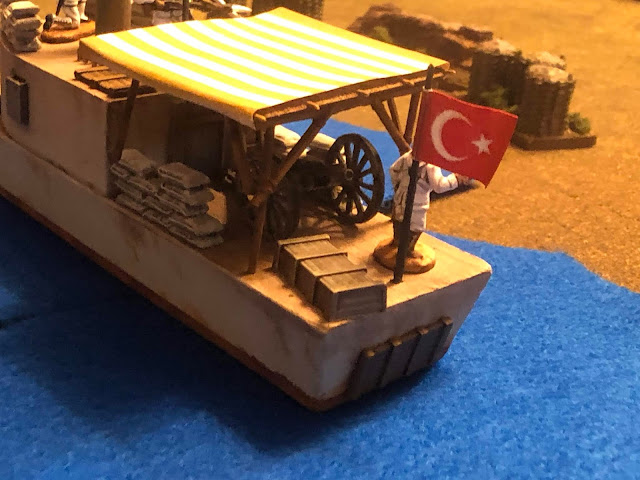 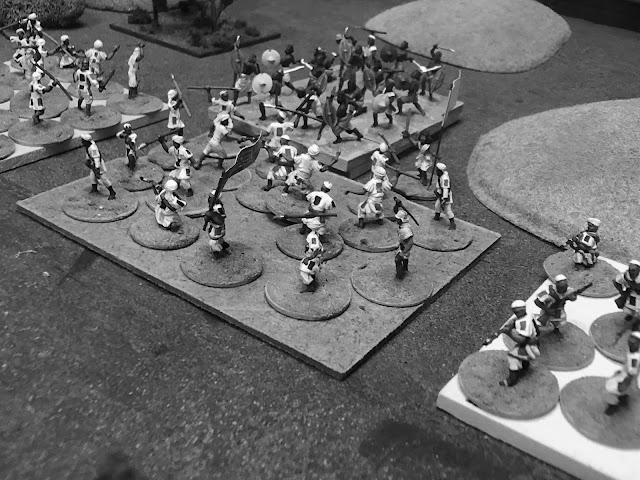 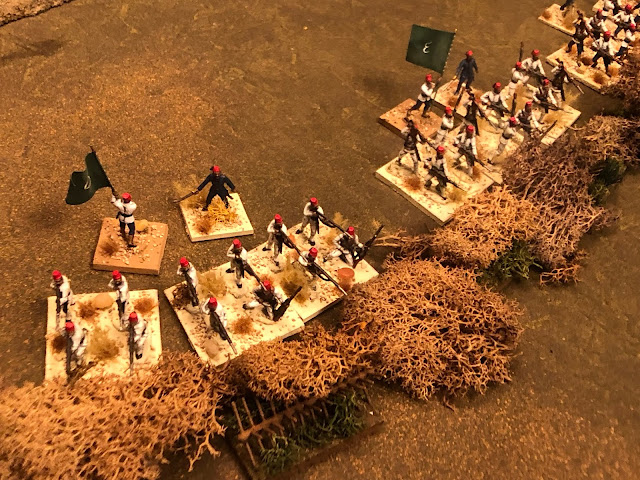 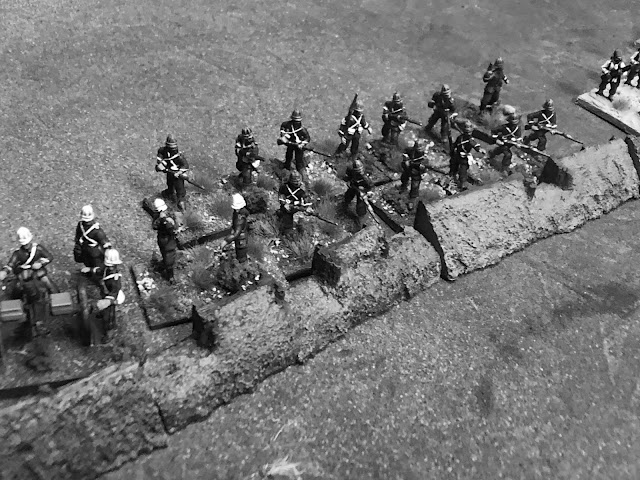 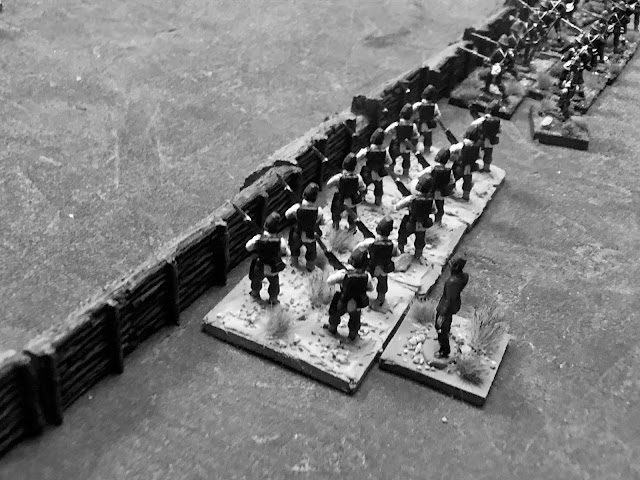 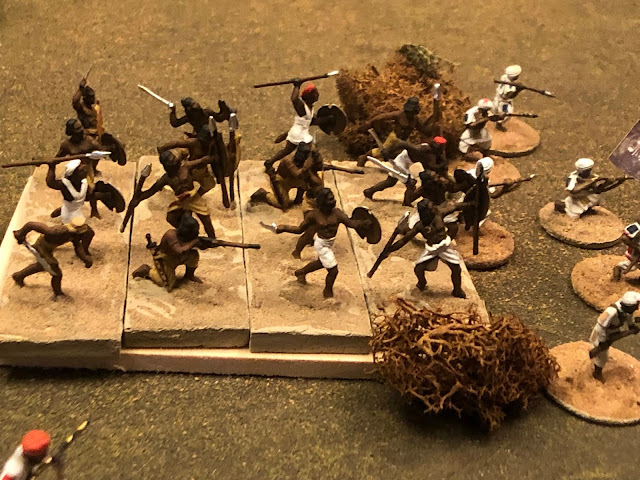 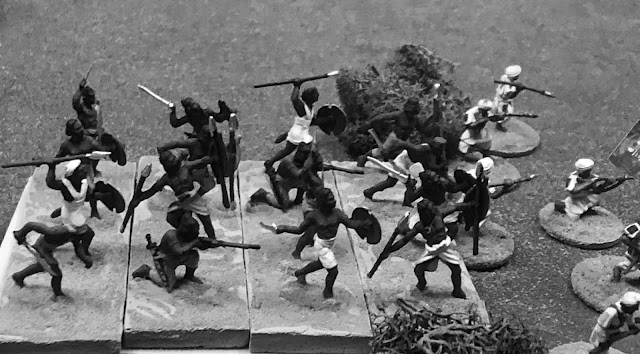 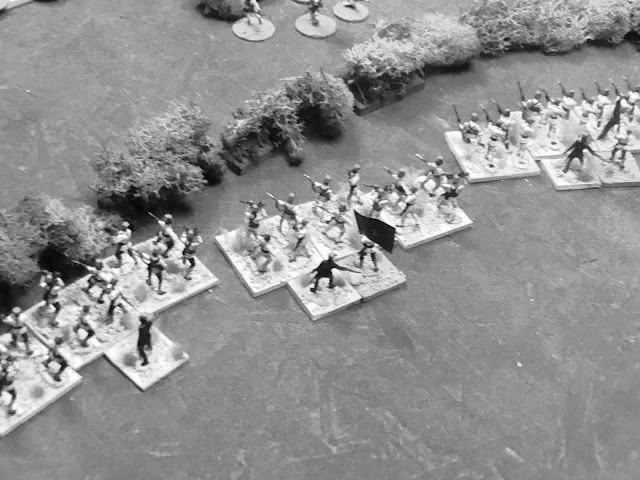 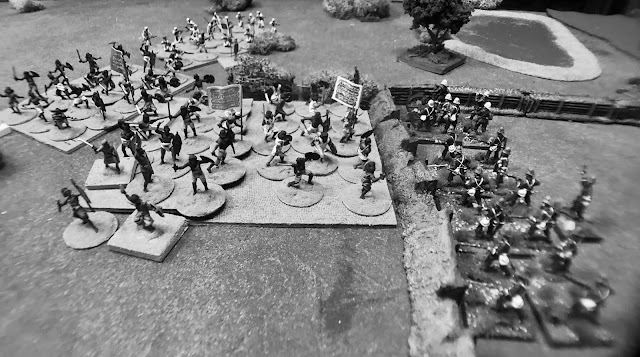