Dertosa was my third and final experiment converting Command and Colors Ancients to a miniatures game.

I have always liked the CCA type rules with the innovative card systems that forces a player to make a decision every turn from limited options. My goal with the conversion was to come up with a solo system that worked. With this experiment I believe I succeeded but also believe the game could just as easily be two player.

This experiment was a full fledged CCA scenario from their excellent website. It is from the 2nd Punic War, post Cannae, as the Scipio brothers seek to contain Hasdrubal from joining his brother. The battle was the beginning of the Roman attempt to wrestle Spain from the Carthaginians.

The Romans were my AI while I commanded the Carthaginians.

A friend and solo gamer with far more experience than me advised me to always "set my self up" meaning the AI has got to have a a good chance of winning.

For the purposes of this game I gave the AI an extra command card every turn.  I would always choose from the most likely to be played. This worked out well as the AI always had 6 cards plus an extra draw to chose from. I had four cards thus limiting my options by nearly 1\2.

There are other ways to do this including randomizing; but for this game it worked well enough.

I assumed the Romans would, all things being equal press on to smash through the enemy center. Those type of cards became my AI default maneuver as long as I didn't have to pay too attention to the flanks. As it turned out I did not.

Below is the CCA description followed by the CCA map followed by my pictures of the game which went 12 turns. I will attempt describe the action.

Historical BackgroundAfter Cannae, Rome struggled to rebuild its armies, but needed time. In Spain, Hannibal’s brother Hasdrubal commanded an army large enough to possibly let Carthage win the war – if it united with Hannibal’s victorious veterans. Standing in his way, however, were the legions of two capable (at last) consuls, the brothers Gnaeus and Publius Scipio. Both knew of Cannae, but felt the only way to prevent encirclement was to quickly break the Carthaginian center. When the battle commenced, the Roman legions fiercely attacked the Carthaginian center, but , unlike Cannae, there was enough Roman cavalry to hold their flanks. Lacking cavalry superiority (and his brother’s tactical genius), Hasdrubal was unable to surround the Romans before they broke through his center. His cavalry joined the retreat, leaving the splendid heavy infantry to its fate. Rome was granted the time it needed to live and fight another day. Eight years later, Hasdrubal finally was able to march to Italy, but lost both his army and his life at the Metaurus. 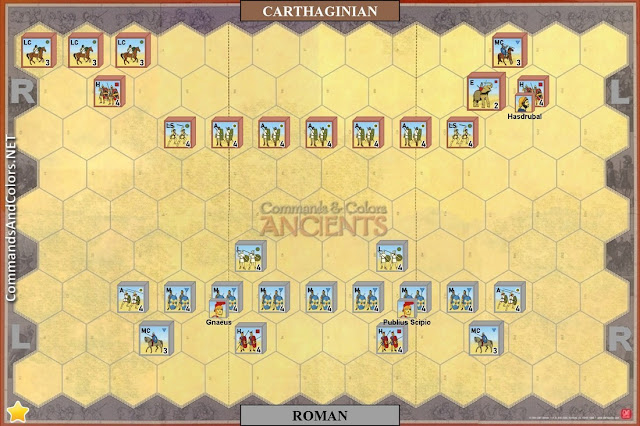