Early Clash Between the 5th Light DAK and the British 3 Bde, 2nd Armored

WW2 Desert games do not seem to be popular because of the flat terrain and lack of cover usually leading to a tank shootout.  If you are in possession of Don Featherstone's book "Tank Battles in Miniature, the Western Desert Campaign 1940-1942 that all changes.  Don served 18 months in North Africa and captured his experiences in this book.  He mentions the heat and harsh terrain that includes ridges, depressions, escarpments, impassible soft sand, and he doesn't stop there.  He also talks about the dust, heat shimmer, and Khamseens (sand storms).  We used a desert pattern cloth to cover the tabletop with excellent results.

We also used Don's experience and ideas in a test game that turned into a nail biter of a simulation.

The scenario was from my collection  grabbed off the INET and authored by Bob Mackenzie. The actual battle began on March 31, 1941 when elements of the 5th Light Division clashed with the remnants of 3 Brigade 2 Armored Division at the village of Antelat, Libya.  Both players had to operate under the aforementioned conditions and were forced to radically change tactical methods due to the environment.  A Khamseen moved in and literally stopped the action for several turns as both sides took advantage of the lull to regroup and adjust their positions.

Infantry played a vital roll as they battled for a rocky area on the right flank that proved decisive for the German operational plan.

The game was ended as both sides exhausted their offensive power and an historical conclusion was drawn dictating the German elements running out of fuel and the British units beginning their infamous retreat to Tobruk.  The game was a surprising success due to Don's ideas and has ensured further development of the desert encounters in the near future.

The below pictures are in no particular order but do give the viewer the sense of what happened during the game. The simulation was fought between my friends MS and JZ. Text by JZ, pics by MS. 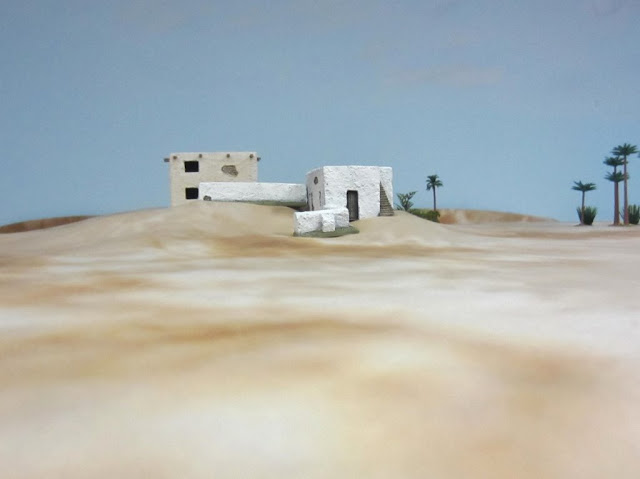 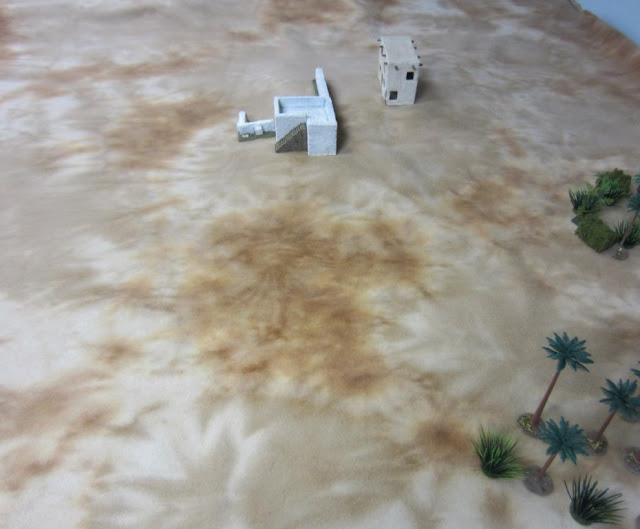 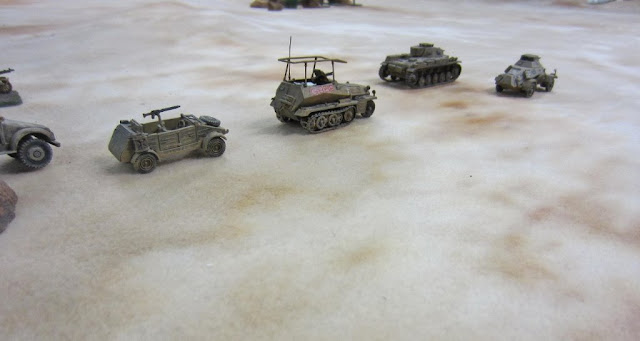 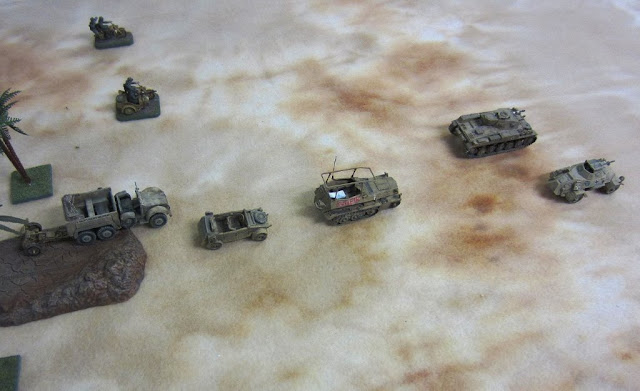 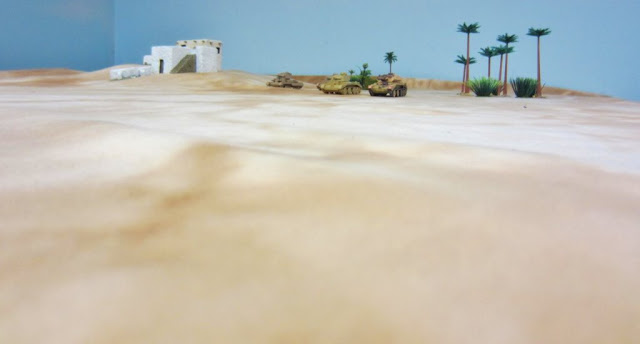 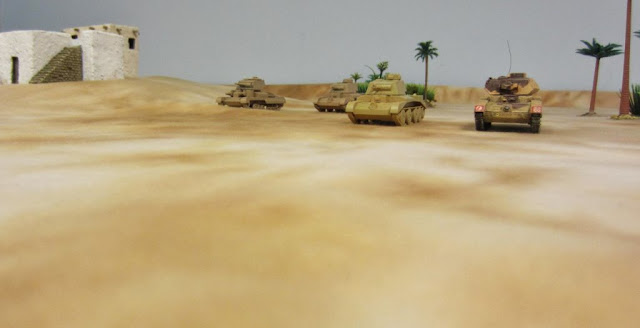 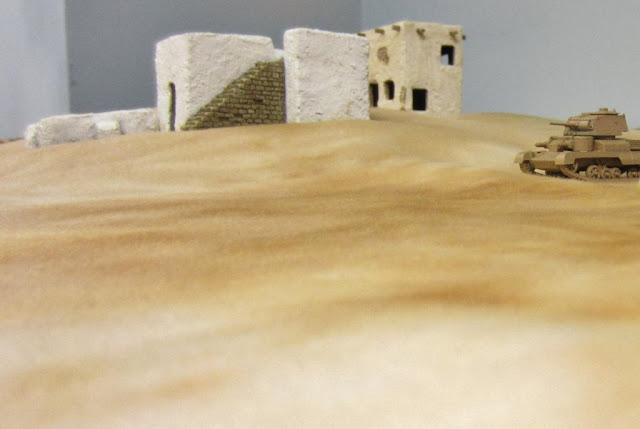 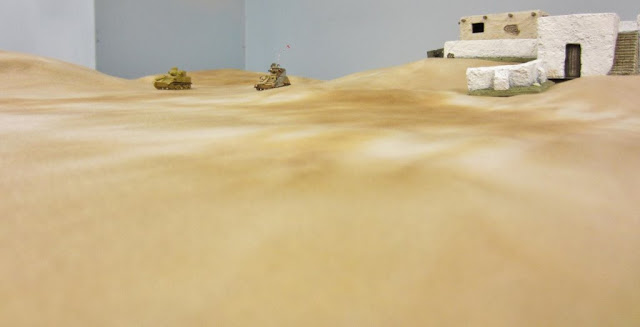 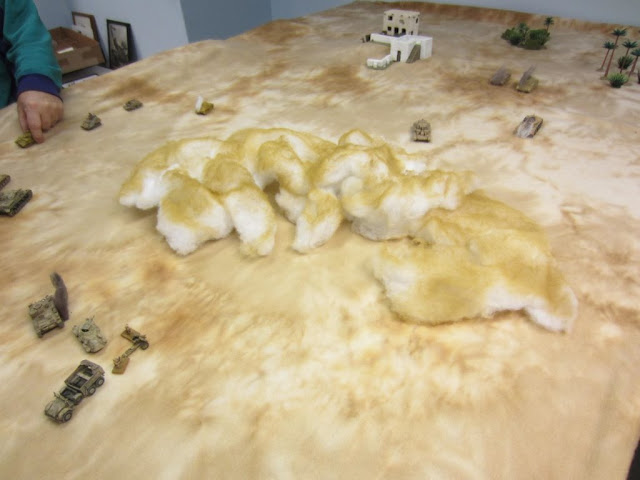 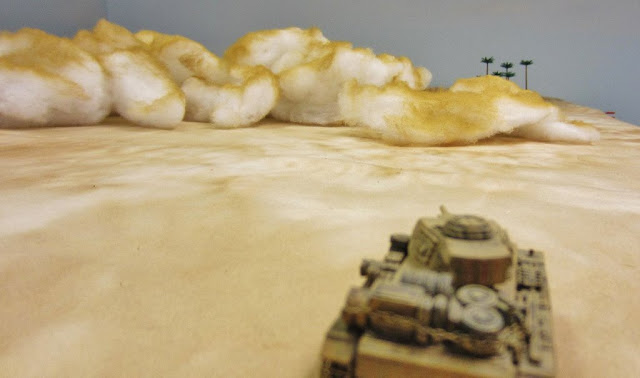 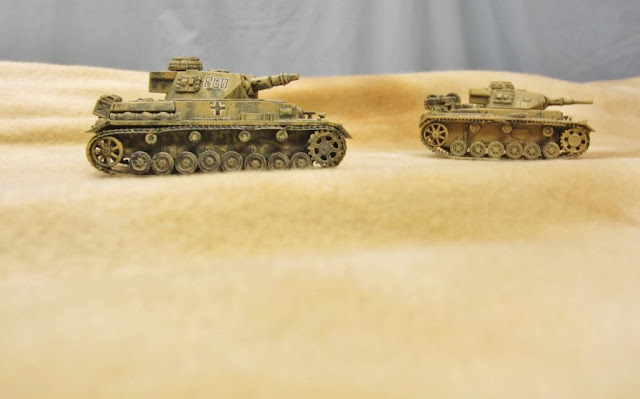 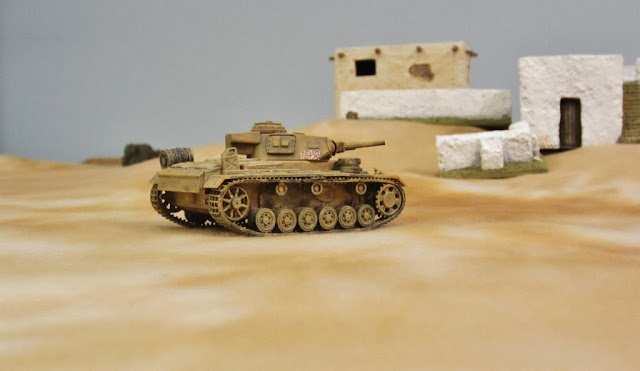 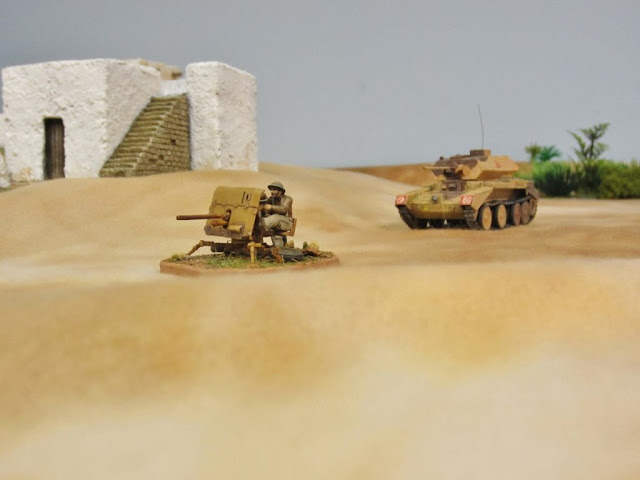 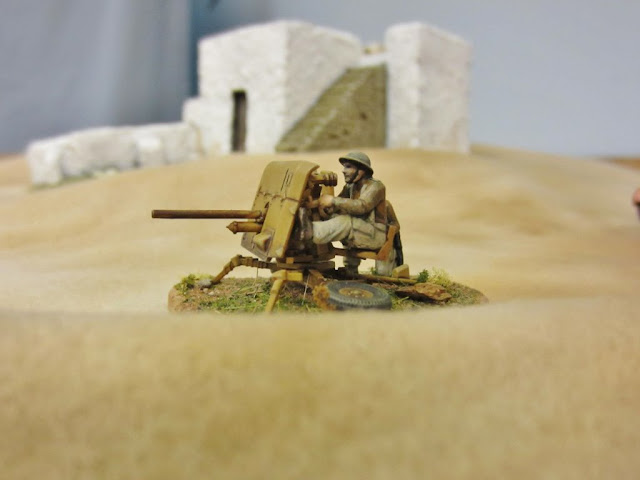 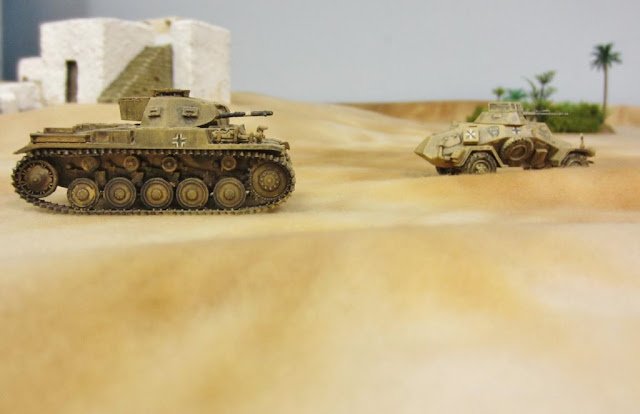 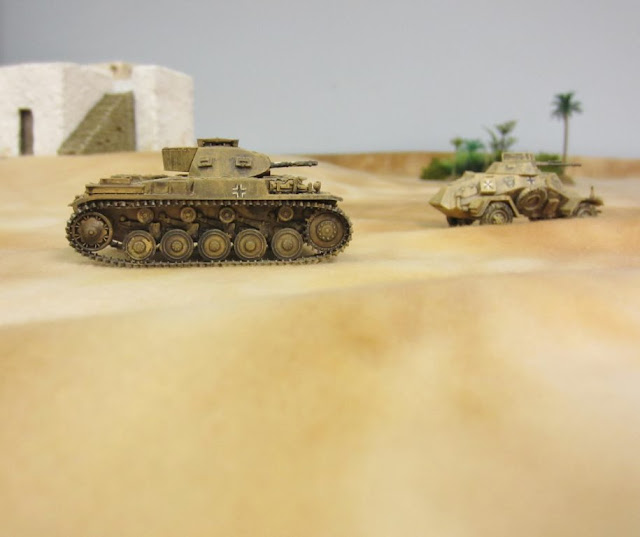 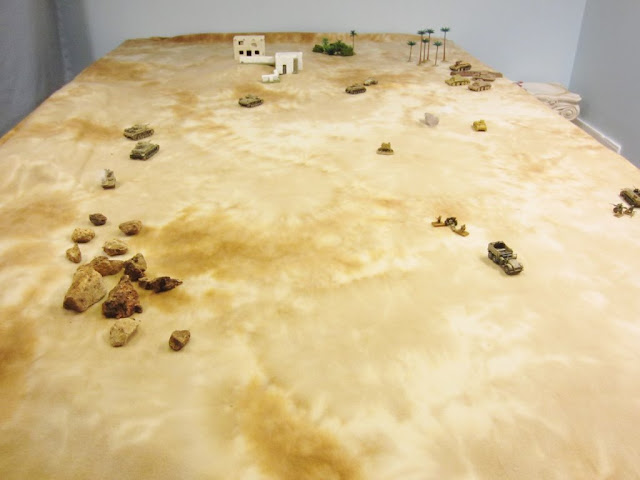 The cloth was a great idea and the storm rather unique I think. Thanks Phil.