This is a battle report and picture record is of a simulation of the Battle of Mobile Bay during the American Civil War. It was a solo game played by my friend Jim Z. Jim is an experienced solo gamer and frequent contributor to this blog.

I personally find the concept of solo gaming interesting but have yet to try it. Perhaps soon. Jim's narrative follows:

The first image as you scroll down is the Union Fleet entering the bay.

The second image is the USS Hartford delivering the fatal broadside to the CSS Tennessee.  The Tennessee was abandoned at that point.  She never struck her colors.

The third image was the highlight of the game.

The CSS Tennessee is moving away afire, the CSS Morgan is heading for the USS Ironsides trying to cover the Tennessee and the CSS Selma opposite the USS Hartford is about to take a devastating broadside from USS Ironsides that hit her magazine and blew her to flotsam.  The ironclad monitors fired a few rounds but otherwise only needed to "escort" the Tennessee back to port.

The CSS Morgan (not in any images) was hit by the USS Hartford's bow carronade early in the game, was set alight,  steered into the shallows and burned down.

All the Union ships cleared the torpedo field and entered the bay successfully.  The guns of Fort Morgan and the floating battery only managed a few armor strikes on the monitors as they passed.

This was a one hour game and it held my interest throughout.

As the Rebel fleet commander I was handed a defeat by the simple solo system that was required to remain in double line of battle with the flagship leading the attack on the CSS Tennessee. 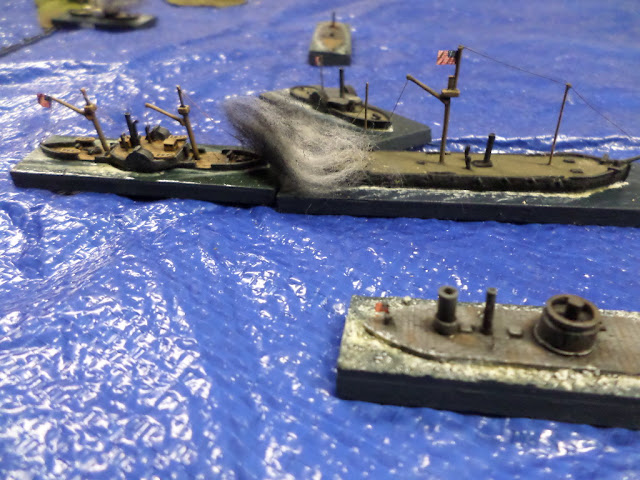 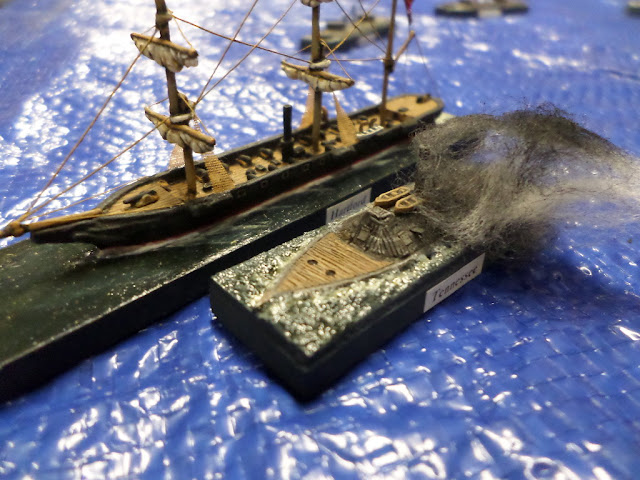 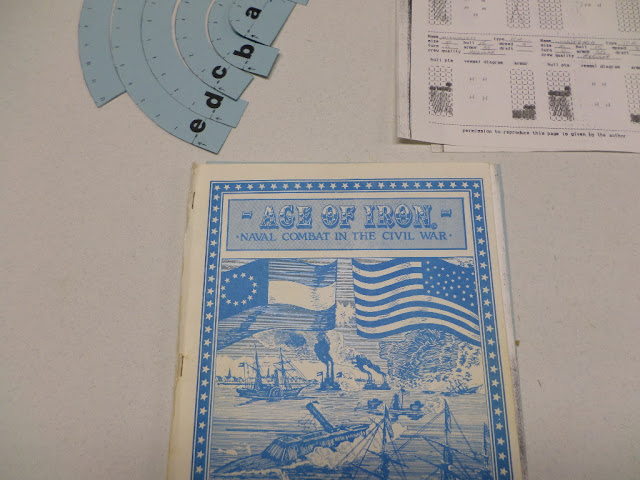