French and Indian War in 28mm

There is one period that I do that does not fit into my preferred 1\72 (20mm-24mm) scale and that period is the French and Indian War.

Recently, a friend and I restarted an interest we had in the period. The pictures are some of what I've painted thus far. The figures are from Warlord and Dixon.

The pictures are staged. Two bands of French allied Indians rush out of cover to engage a small unit of militia who have just been reinforced by a contingent of Roger's Rangers. The intended rules are Rebels and Patriots. 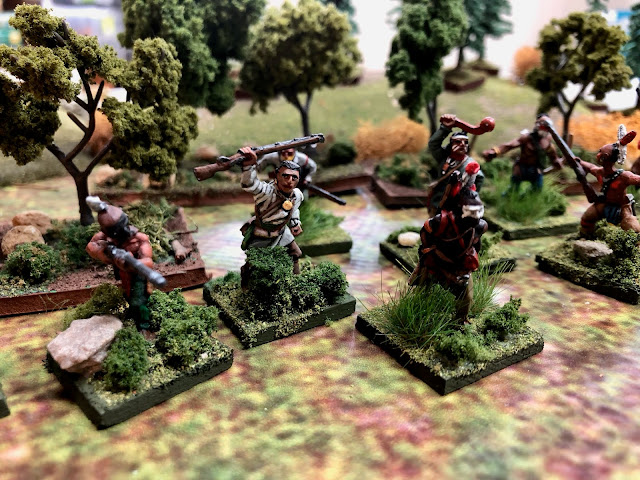 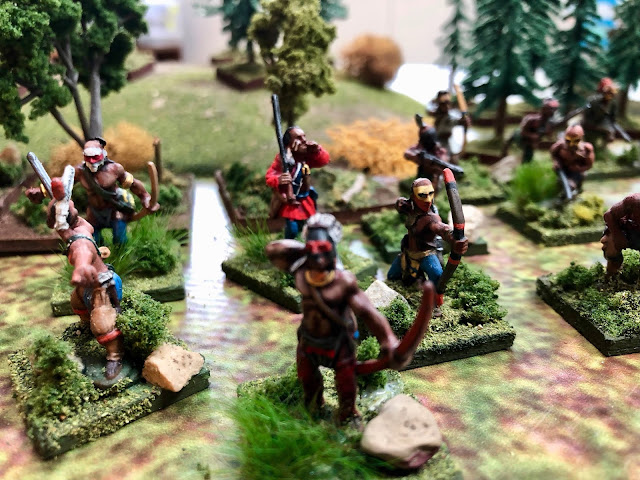 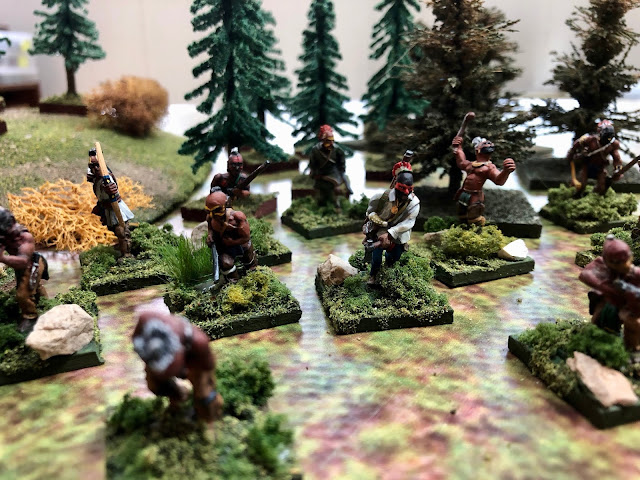 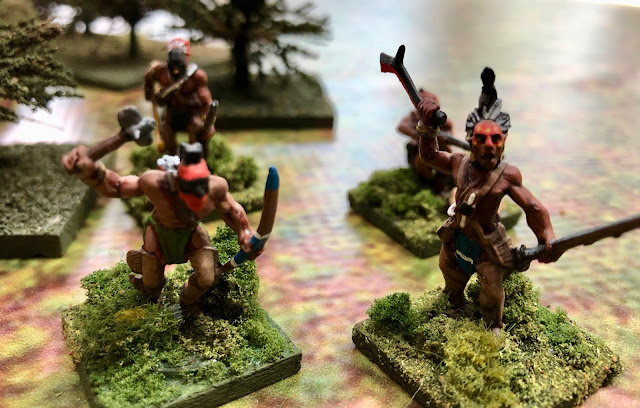 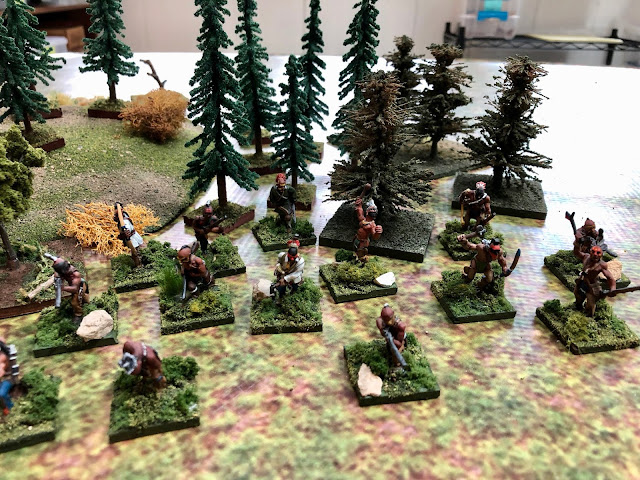 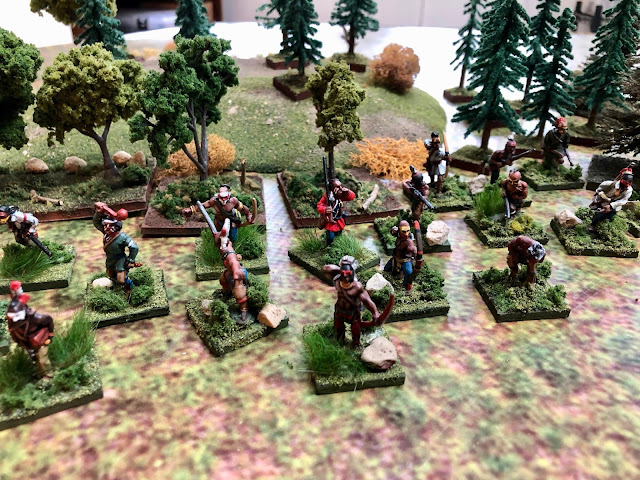 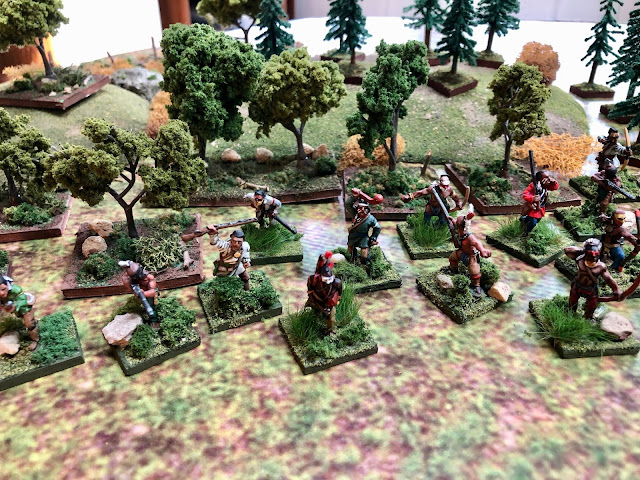 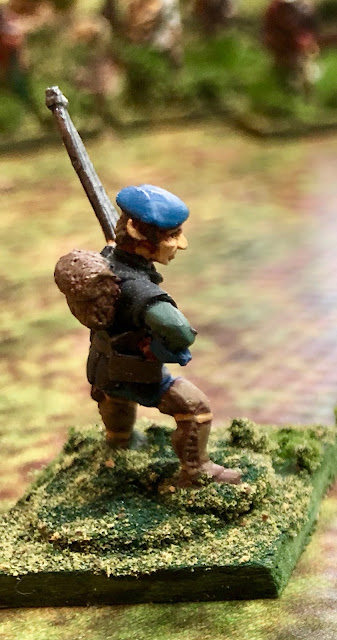 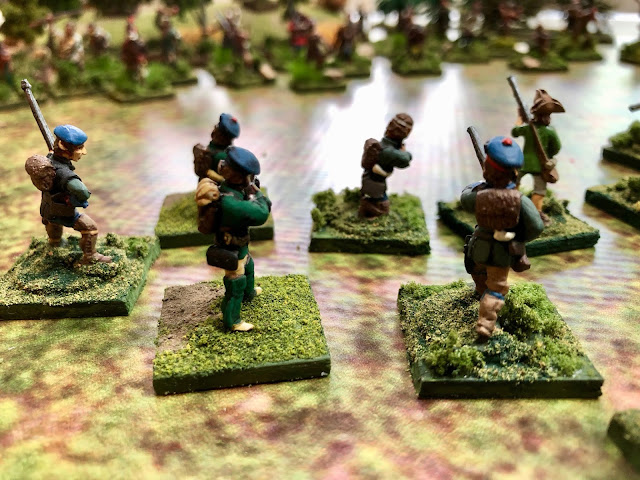 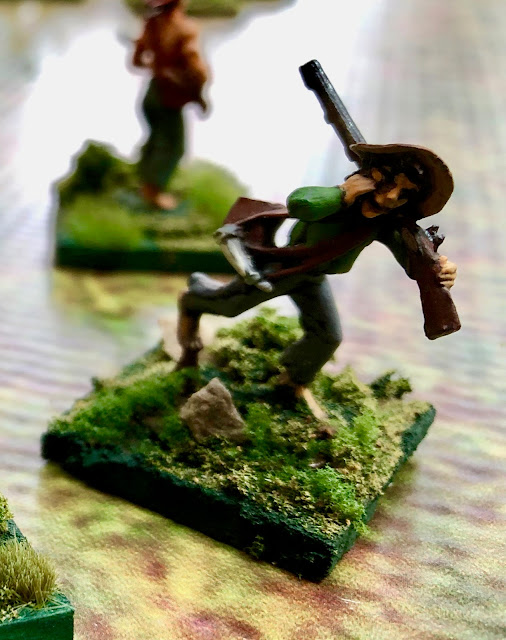 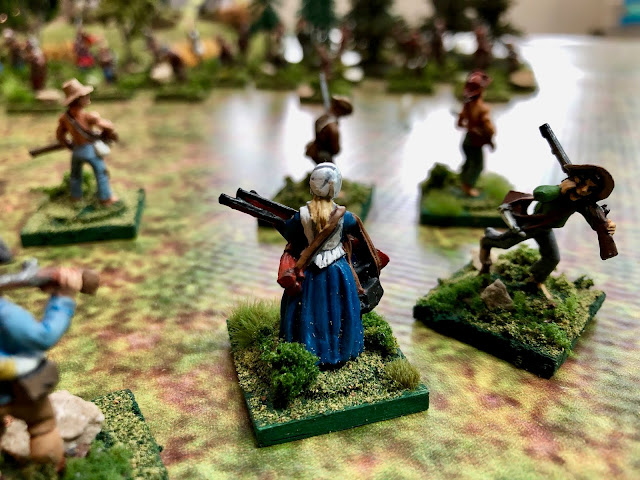 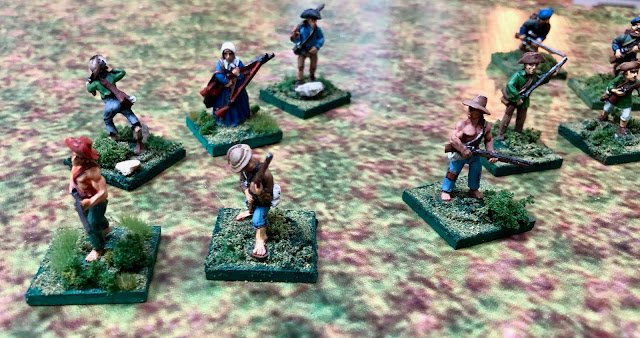 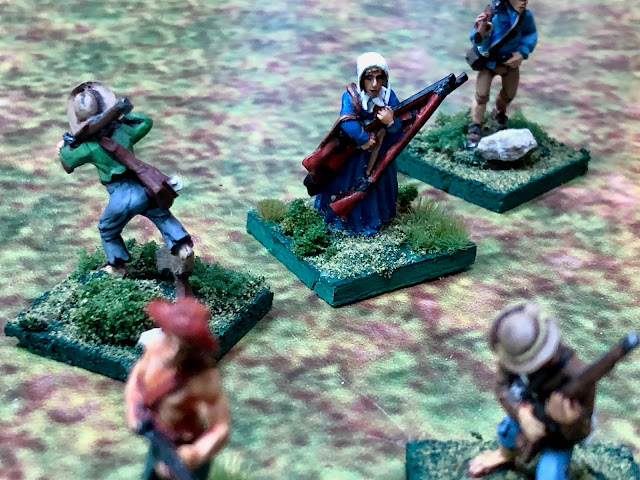 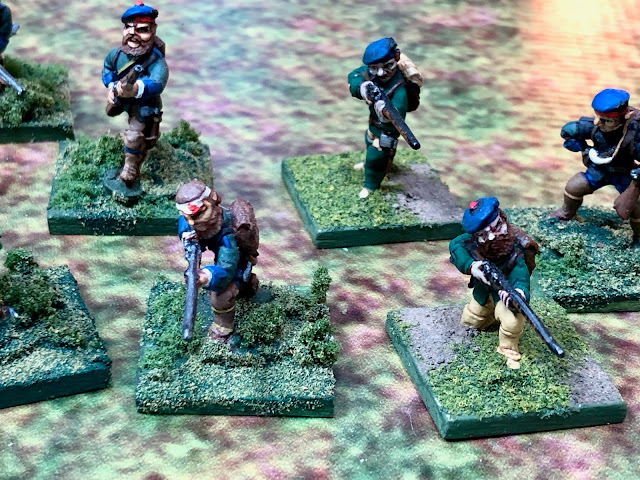 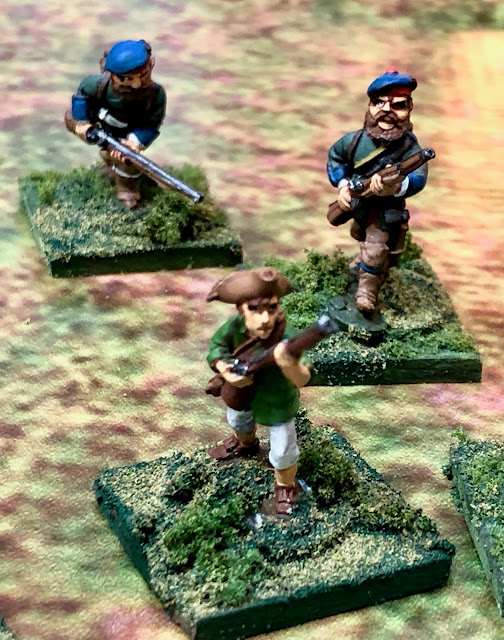 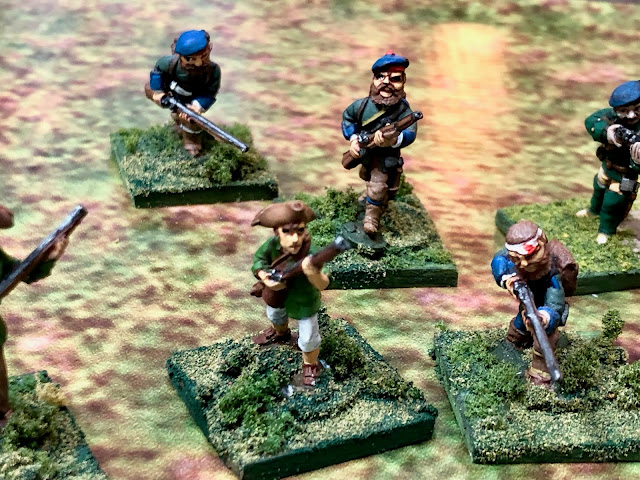 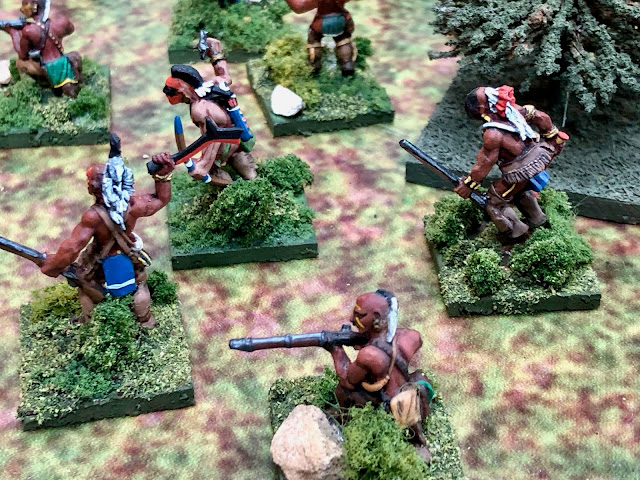 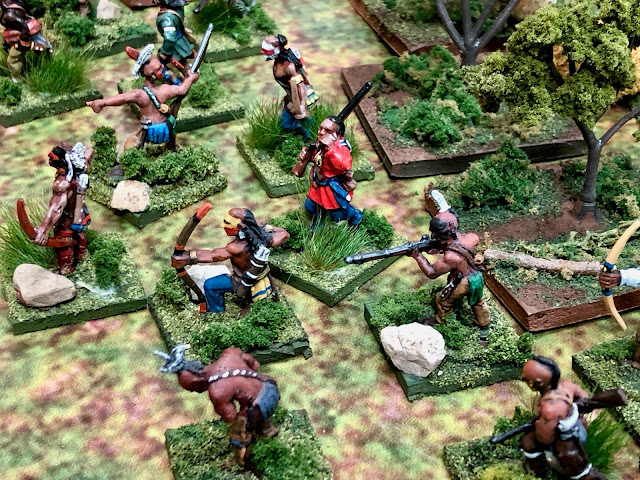 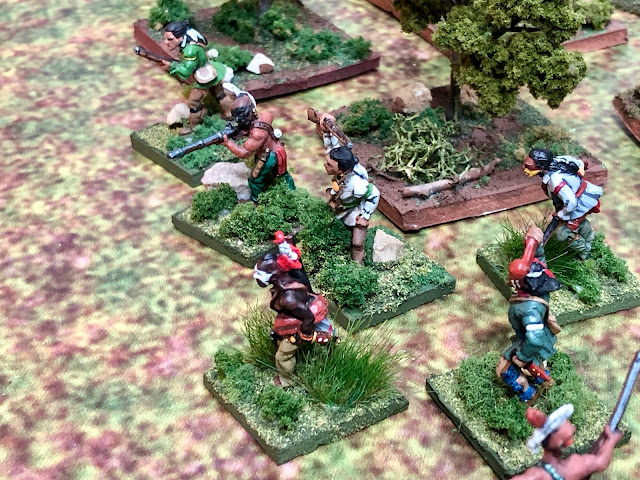 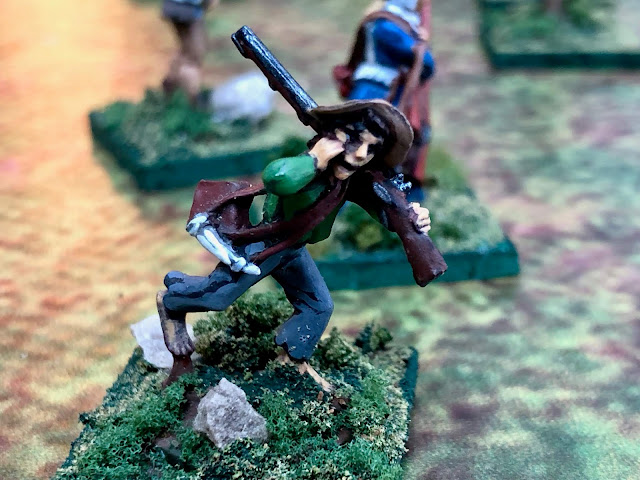 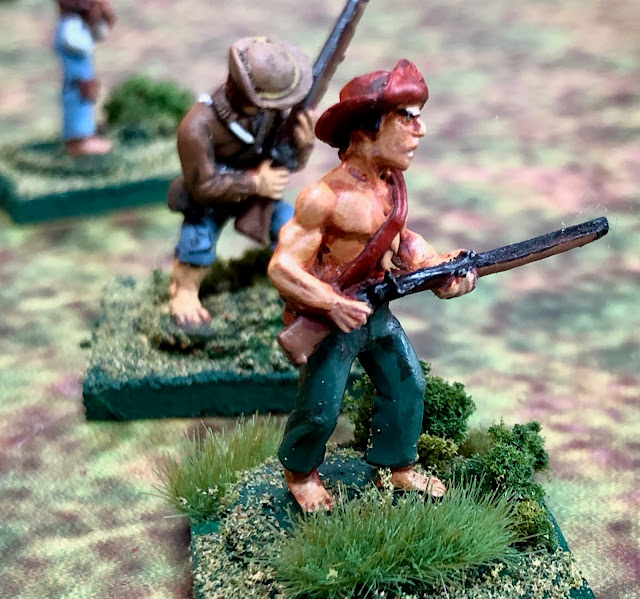 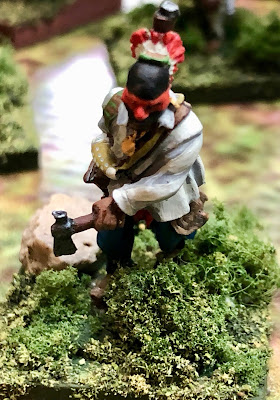 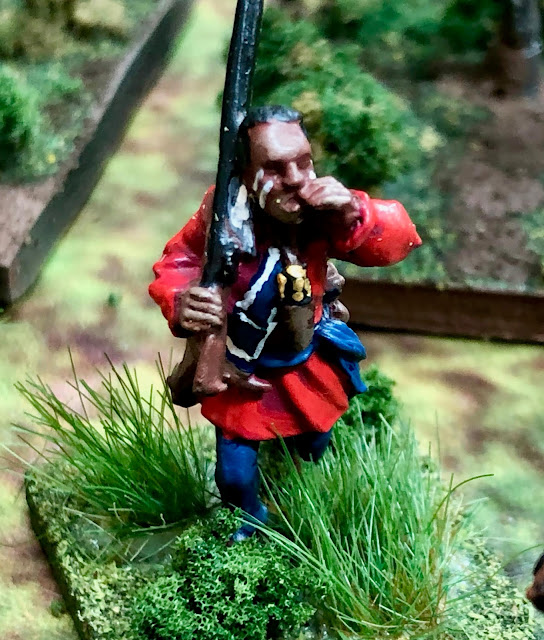 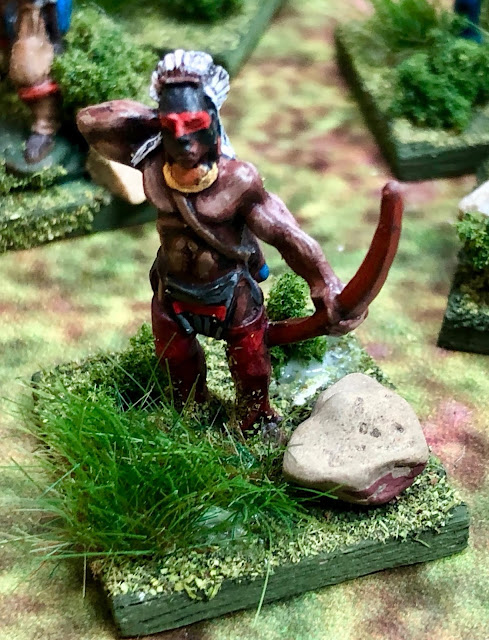 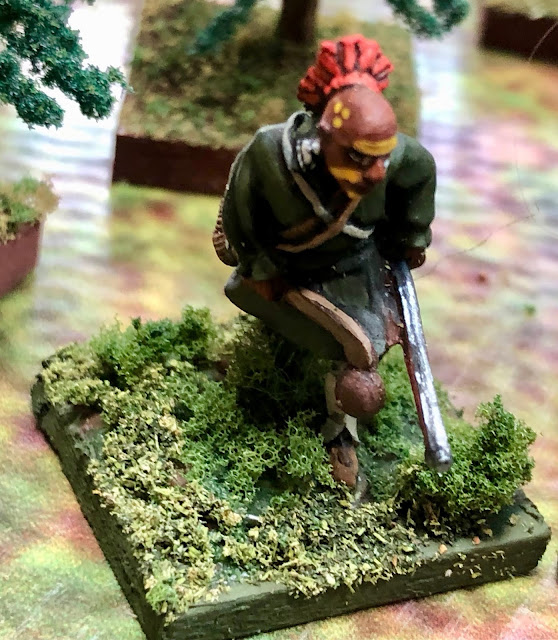 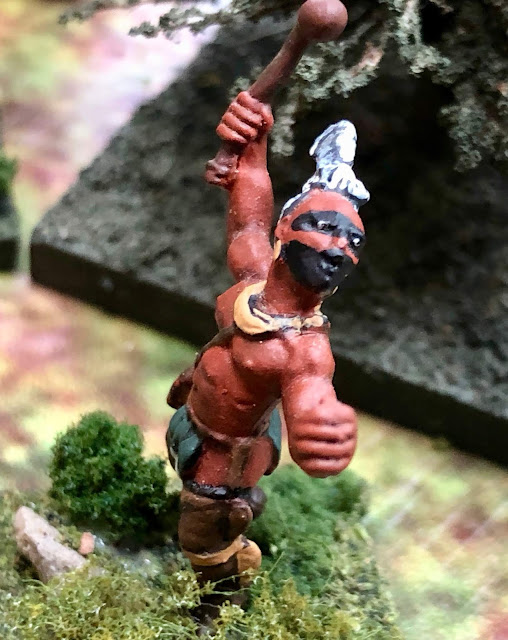 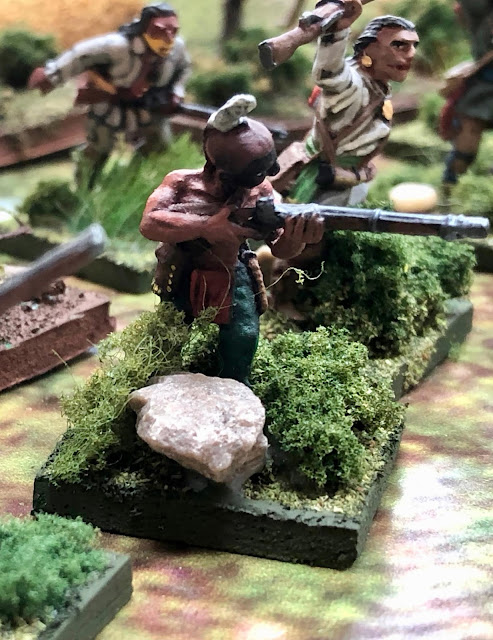 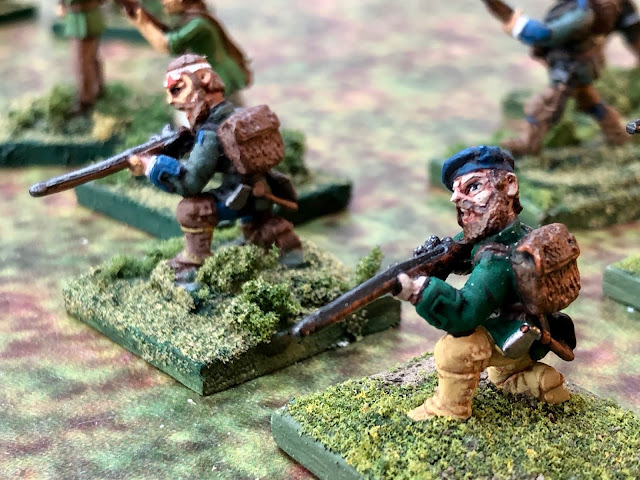 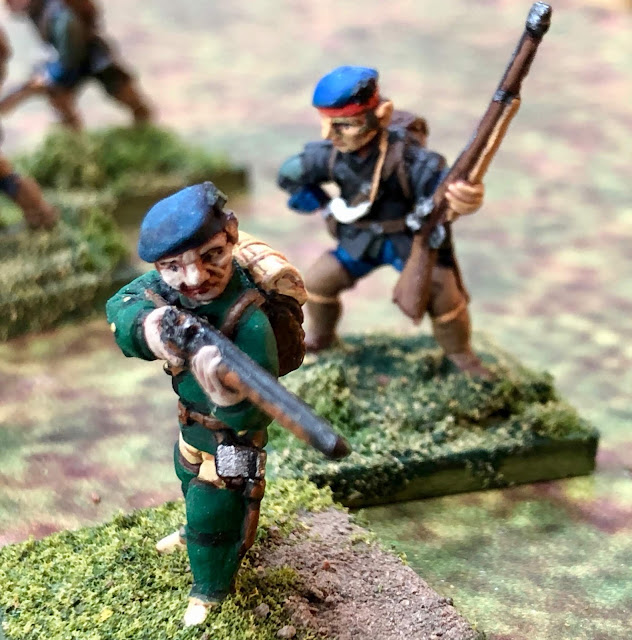 Nice work! I have a number of the pumpkin-headed Dixon's in my FIW collection.
Sash & Saber recently completed a FIW Kickstarter offering a huge selection of figures.

Here is a the listing link if interested:
http://www.sashandsaber.com/catalogFIW.php4

Thanks Jonathan. I thunk some of the Dixon are more exaggerated than others. Thanks for the link. I;ll check it out.